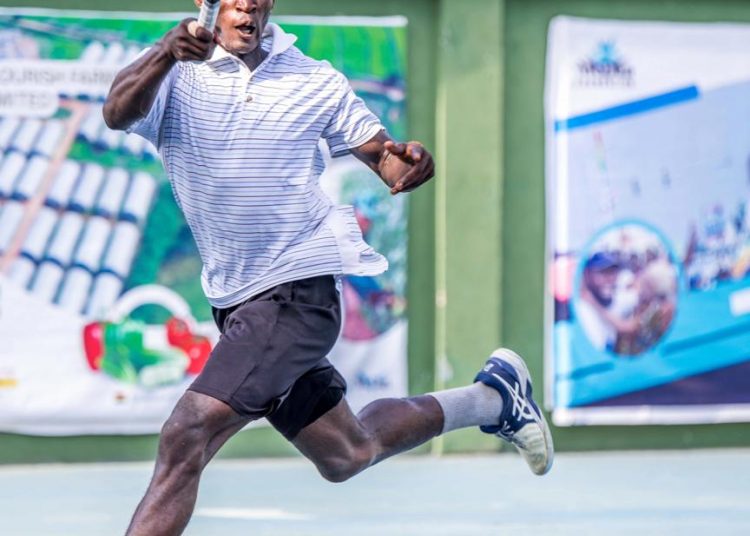 Pre-training favorite Fumi  caused the tournament’s biggest upset, beating Inform No.1 seed Japheth Bagerbaseh 6-1,6-3 at the semis. Also have the bragging rights after beating Johnson in the finals of the Accra Open Tennis Championship in March.

However Acquah adopted a very aggressive strategy in the finals to come on top and he did it with a splendid forehead winning volley that left Fumi rooted to the baseline while he went berserk in the stands jubilating with his fans.

He secured his glory with one of the best serves in the game, a punishing two-fisted backhand that steadily dismantled Fumi’s defensive game, as well as a delightful array of forehand winners. 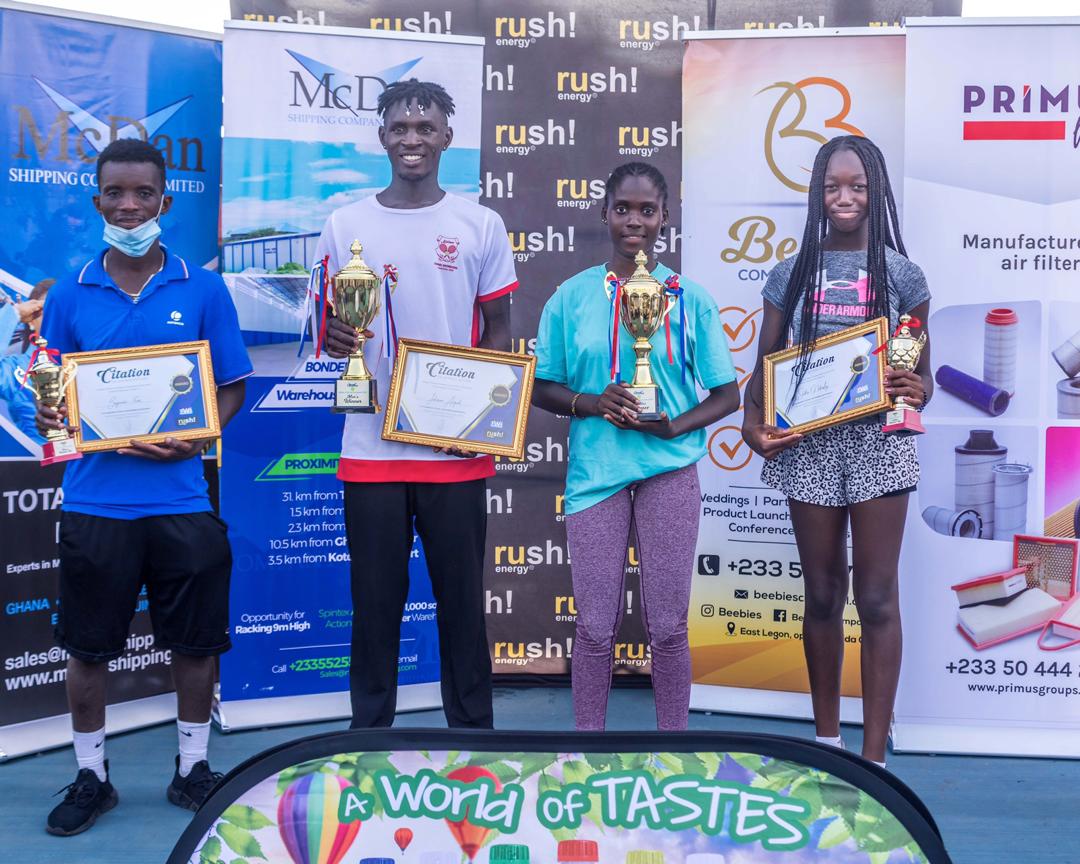 “I was little bit nervous because I lost to him in our previous meeting ( 2020 Accra Open in March). I studied his style very well and developed a strategy to dismantle his  style of play. ”

“I want to say a very big thank u to Dr. Daniel Mckorley and his wife Mrs. Abigail Mckorley for  such a tournament,” Johnson added.

Mariama told the media; “I feel so excited winning my first trophy. A very big thank you to my coach Noah Bagerbaseh for helping  me achieve this.”

President of Ghana Tennis Federation Isaac Aboagye Duah ( Abe) said, “I’m happy our local players are having these competitions. It’s up to the technical team to look at the current form of players for selection.”

Tournament organizer Mrs. Abigail Mckorley also said, “I’m very excited about the level of tennis showed by the players especially the ladies. Our focus now will be development of junior female tennis players.”