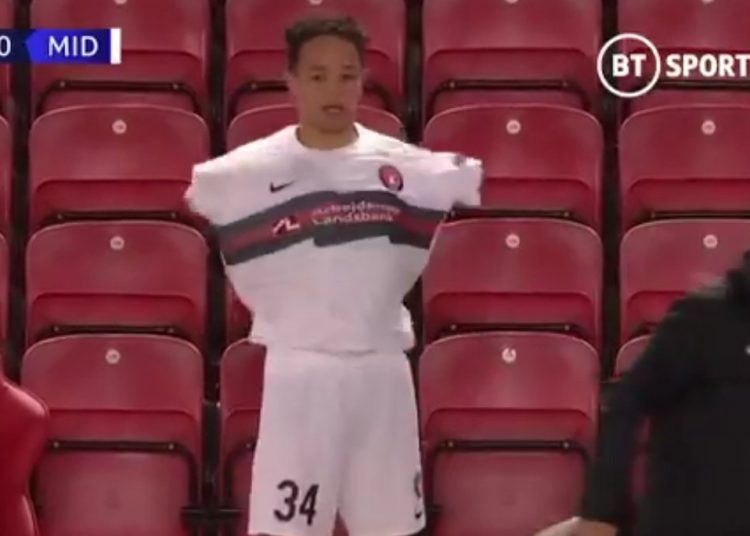 Liverpool may have picked up all three points in their UEFA Champions League group game against FC Midtjylland on Tuesday but it was a player from the away side who stole the spotlight that night.

Mikael Anderson was called up from the bench by his manager with Liverpool up 1-0 in the 66th minute as a replacement for Awer Mabi when the cameras panned over to him.

Things looked unremarkable when Anderson grabbed his jersey as he got ready to come on. He, however, began to put on the jersey in the weirdest way possible.

He pulled the shirt over his head and body completely before struggling for a bit to put his arms through the sleeves. 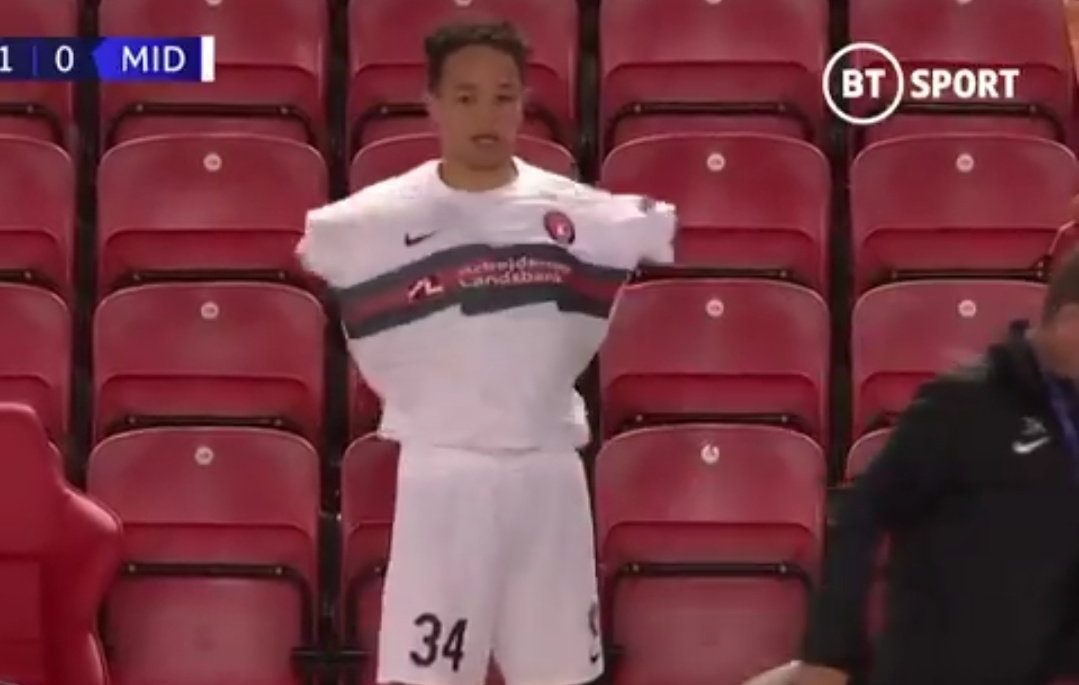 The moment had fans stunned, with one wondering whether Anderson had ever owned a T-shirt.

Diogo Jota and Mo Salah scored for the Reds as they maintained their 100% start to the UCL season.

However, the night will forever be remembered for Anderson’s hilarious escapades.

Take a look at the video, posted by BT Sport, and the reactions on Twitter below:

Mikael Anderson of Midtjylland has the strangest technique for putting a football shirt on… 😂 pic.twitter.com/oc4OBV7dfr

New defender worth £200m with the new handball rule 😂 pic.twitter.com/XKh1nYSIlN

Nothing strange about it…that’s the way many kids put on their shirts/jerseys. They always find a way of looking for the hard way of doing things 😅

Jesus christ…. the one day his mum isn’t their to put his clothes on for him and he does this on international television…

Has this lad who just came on never put a t-shirt on before? pic.twitter.com/LYRPfqlxPl