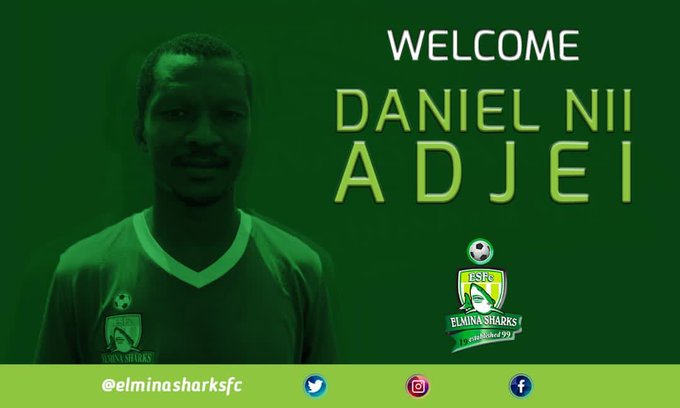 Veteran midfielder, Daniel Nii Adjei has joined Ghana Premier League side Elmina Sharks ahead of the start of the 2020/2021 league season.

Adjei, 31, joins on a free transfer after leaving King Faisal.

The former Asante Kotoko captain spent last season with Faisal having joined them from Asante Kotoko following a second stint with the club.

We welcome #DanielNiiAdjei to the Fearsome Elmina Sharks family.

Adjei brings a world of experience to Yaw Acheampong’s side having also played and won the CAF Champions League with TP Mazambe in 2015 and twice winning the CAF Confederation Cup in 2016 and 2017.

Sharks already boast a midfield comprising Emmanuel Addington, Benjamin Arthur, Edmund Asiedu and Isaac Donkor and the addition of Nii Adjei is expected to make them title contenders next season.