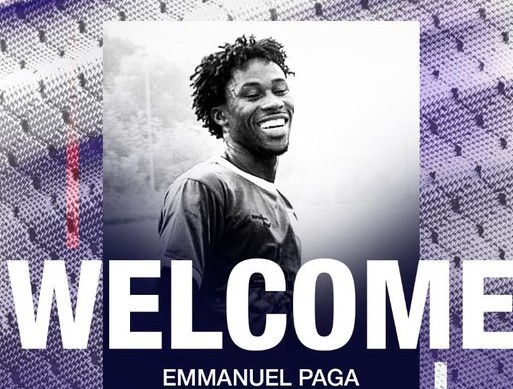 Ghana Premier Side, Liberty Professionals have announced the signing of six new players ahead of the 2020/2021 season.

The club announced the new signings via their official twitter handle on Thursday.

Say hello to Tunga's own Razak Boame.
In Dansoman , we call him 'RASTA'.
The attacking midfielder joins us from Bechem United.#WelcomeRasta pic.twitter.com/utaOhAsHF6

The club also announced the signing of Defender Ben Nash Quansah on a free transfer from fellow Ghana Premier League side, Dreams FC.

Maxwell Ansah is also in the house!!!!

The versatile defender joins us from Vision FC.

A big Dansoman welcome to one of the brightest young talents in Ghanaian football.

Seedorf Asante Afful is a midfielder from Osei Kyeretwie SHS (2020) where he excelled during the regional football championship.

Goalkeeper, Daniel Amissah who was with the club’s Academy, has been promoted to the first team ahead of the new season.

Young Shot-stopper Daniel Amissah has been promoted to the first team ahead of the 2020-21 season.

He’s been our Academy first choice keeper for the past one year.#WelcomeAmissah pic.twitter.com/uXFyqWrpPV

Liberty have also announced the acquisition of striker, Emmanuel Paga from Vision FC on a two-year deal.

The 21-year old scored 9 goals in 11 appearances for Vision FC before the season was brought to a halt due to the Coronavirus Pandemic.

We are happy to announce the signing of hotshot striker, Emmanuel Paga from Vision FC.
Scorer and creator of goals supreme, Paga was among the best players in the Division One league, scoring 9 times 11 appearances.#WelcomePaga pic.twitter.com/Lf1rFrRoZO

Liberty Professionals will be hoping that their new signings will help the club improve in the new season after ending the truncated 2019/2020 campaign 14th on the Ghana Premier League log.