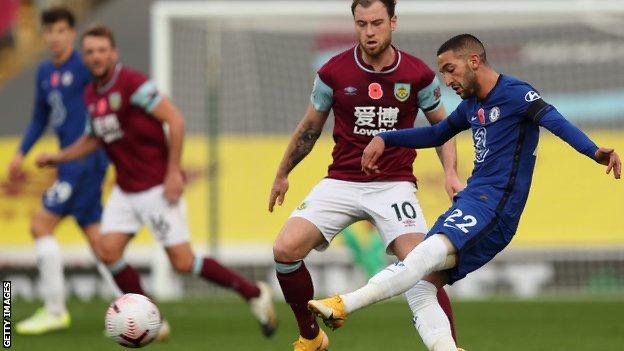 Chelsea manager Frank Lampard said he is “really excited” by Hakim Ziyech after the new arrival grabbed a goal and an assist in a comfortable victory over winless Burnley at Turf Moor.

And Morocco international Ziyech then turned provider seven minutes later, sliding through Timo Werner who side-footed an effort beyond the onrushing Pope.

“I’m really impressed and really excited. I could see his personality and work-rate off the ball,” Lampard said.

“That bit of quality gives us something different.”

Chelsea rise to fourth while Burnley remain 18th in the table, with Ashley Barnes missing one of the Clarets’ few chances when through on goal in the opening minutes.