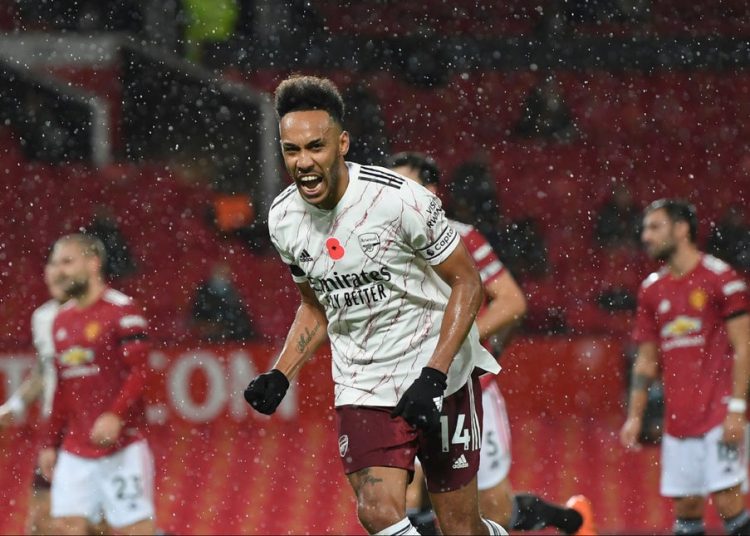 Aubameyang ended a run of five games without a goal by sending David de Gea the wrong way on 69 minutes after Paul Pogba had fouled Hector Bellerin.

United tried to rally but came no closer to an equaliser than when Donny van de Beek’s cross-shot flicked off Mohamed Elneny and then into the face of goalkeeper Bernd Leno before bouncing to safety off a post.

It was not the greatest contest between two clubs who used to fight it out for the biggest prizes but are now a pale imitation of their former selves.

While Arsenal will be delighted at the deserved victory, this was not the kind of United performance that did justice to the memory of club legend Nobby Stiles, who died on Friday.

Pogba is the most high-profile figure in the United midfield that World Cup winner Stiles used to operate in. But the Frenchman had a day to forget, giving the ball away too cheaply when his side attacked and needlessly fouling Bellerin to turn the contest Arsenal’s way.

The Gunners now have 12 points and are up to eighth and United remain in 15th on seven points.

Serie A: Ronaldo scores twice on return from Covid-19 as Juventus win at Spezia