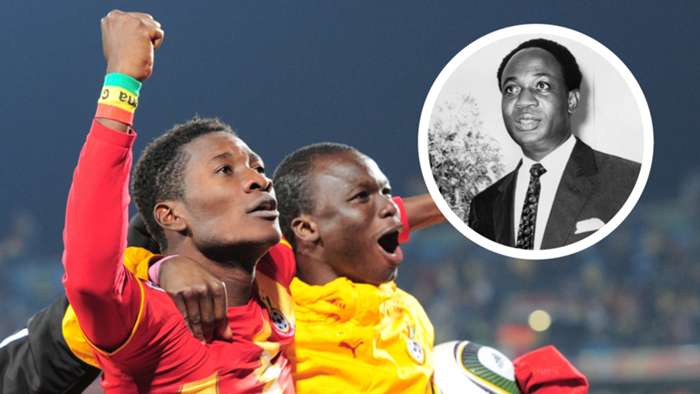 Had it not been for the protest supported by Kwame Nkrumah, the continent’s later successes may not have been possible

Ghana’s run to the World Cup quarter-finals in 2010 remains one of Africa’s most impressive performances in the most prestigious tournament in football.

Indeed, no African country has ever gone beyond the last eight. Cameroon got their first, in 1990, while Senegal repeated the feat in 2002.

However, Ghana’s most significant contribution to World Cup history pre-dates its thrilling showing in South Africa a decade ago.

Had it not been for a Ghana-led protest over 40 years before their tournament bow in Germany in 2006, then the subsequent success of Africa’s finest teams would not have been possible.

Africa only had one qualifier – Egypt in 1934 – across the first eight tournaments between 1938 and 1970. Over the next eight editions, Africa’s World Cup presence grew, reaching a peak of six sides at the World Cup in 2010.

But the 1966 World Cup – which had no African representation due to a boycott of the tournament by Ghana – changed everything and proved to be the turning point for greater recognition of the continent’s national sides.

Back then, the West Africans were continental champions, having won back-to-back Africa Cup of Nations titles, in 1963 and 1965.

Their triumphs coincided with a period of immense change for Africa, as the spirit of independence spread across the continent, creating a renaissance of sorts in many spheres of life, including sports. 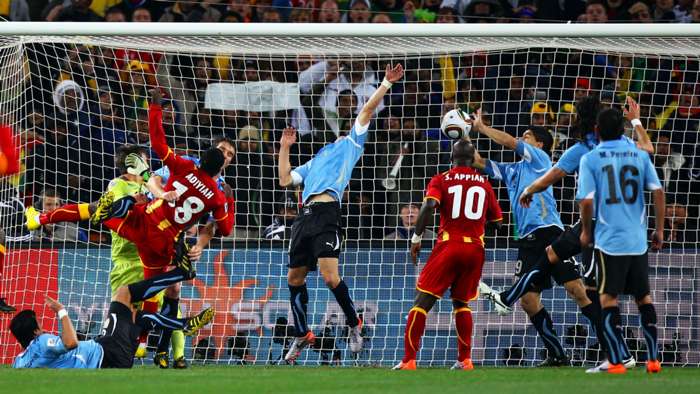 Ghana took their place as continental pioneers when they began the independence wave for Sub Saharan Africa in 1957, rechristened their national team the ‘Black Stars’ two years later, and went on to live up to that name by dominating the continent.

Blackpool, 1953 FA Cup winners, were defeated 5-1 in a friendly in May 1960, while Ghana also drew 3-3 with serial European Cup winners Real Madrid, whose team on the day contained Alfredo Di Stefano and Ferenc Puskás.

The meteoric rise of the Black Stars was attributed to the vision of Ghana’s founding Prime Minister and President, Dr. Kwame Nkrumah, who sought to use football to assert the narrative of black and African competence.

Nkrumah had tasked his close associate, Ohene Djan – Ghana’s FA president and later, Director of Sports – to make Ghana a “showpiece on the continent of Africa”; promising both his personal support and the backing of his government.

Amidst the growing reputation of the Black Stars, and given the continent’s history of limited opportunities at the World Cup, Djan, who later became a FIFA Executive Committee member (1962), began to lobby for Africa and Asia to be given independent qualifying slots in the tournament.

Djan’s lobbying was loud, and it was believed that Nkrumah, a high-profile campaigner for Pan-Africanism and Black Liberation, heavily backed it behind the scenes, all in a bid to see Africa represented at the world’s biggest football competition.

For context, the 1958 World Cup had been the first to include qualifiers recognizing African countries, although only one spot was to be shared between Africa and Asia.

FIFA’s view was simple: Africa, most of which was under colonial rule at the time, and Asia, whose football federation was only formed in 1954, were not quite yet mature enough in football terms to merit guaranteed spots for the sport’s flagship competition.

South Korea’s performance at the 1954 World Cup, when they lost both of their group games with an aggregate score of 16-0, suggested that teams from the world’s emerging heartlands weren’t ready to compete with the cream of Europe and South America.

In 1962, the winners of the African and Asian qualifying campaigns would have to face European sides in two-legged playoffs for a spot at the tournament; Morocco was defeated by Spain, and Yugoslavia duly thumped Korea. 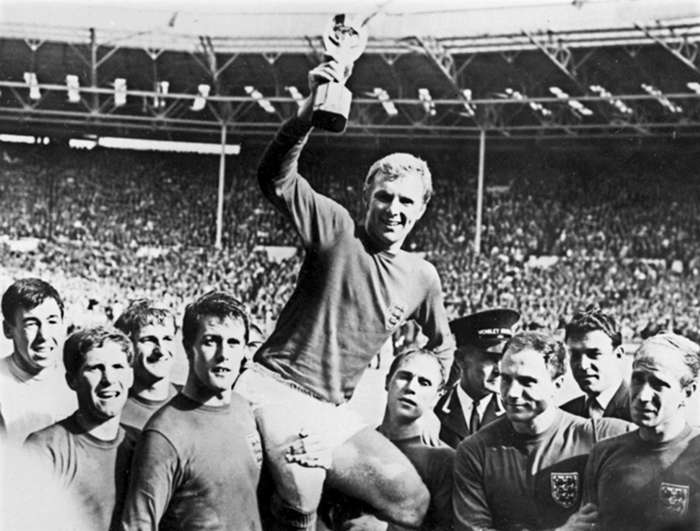 It was the last time a World Cup would be held without any Asian or African representation.

In January 1964, Djan’s lobbying for a World Cup slot for Africa hit a major snag when the bureau of FIFA’s World Cup organizing committee announced the allocation of the 16 slots for the 1966 World Cup to be hosted by England – Ghana’s colonial masters.

Europe had been given 10 places, South America four and North America. But Africa? The continent was to compete, along with Asia and Oceania, for the final berth. Three continents in a survival-of-the-fittest scramble for one place.

In a press conference held in Accra following the announcement, Djan accused the “predominantly European” FIFA organizing committee of treating Africa and Asia in an “appalling” manner. He minced no words. The single-slot was “insulting and humiliating”.

Djan threatened that Ghana “may quit” the 1966 World Cup in protest – a significant statement, given the nation’s reputation as African champions then. He then called on the Confederation of African Football (CAF) to convene an emergency meeting in Cairo to discuss the issue.

In the wake of that press conference, Djan sent a memo to FIFA. The memo, published by the BBC in 2016, was bold. It read: “Registering strong objection to unfair World Cup treatment for Afro-Asian countries.

“Afro-Asian countries struggling through painful, expensive qualifying series for ultimately one finalist representation is pathetic and unsound,” he added. “At worst, Africa should have one finalist.”

Djan renewed his protest in another message to FIFA in late February 1964.

The Black Stars had just beaten German Democratic Republic (East Germany) 3-0 in a friendly in Accra. The Germans were a top team that had famously defeated 1962 World Cup silver-medallists Czechoslovakia two years earlier.

It was Djan’s opportunity to prove that “the standard of African football is not as low” as the FIFA organizing committee estimated.

“About six other African countries have teams as good as Ghana’s,” Djan argued. “The whole of Africa is anxiously awaiting your fair reaction to the protest.”

Tunisia was the first to throw their support behind Djan, with the secretary of their Football Federation, B.E Mestiri, calling on CAF to take “prompt continental action” in response to Djan’s protest.

Mestiri argued that FIFA seemed oblivious to the “technical and organizational efforts being made by African nations in football.”

Soon afterward, the Tunisians became the first African country to officially announce a boycott of England in 1966, sending official communication of their decision to CAF.

Ethiopian football legend Yidnekatchew Tessema, one of CAF’s founding fathers and a major player at the organization, received the letter and forwarded it to FIFA.

On the side of Tunisia’s letter, Tessema indicated to FIFA his own explanation as to why Africa was considering a potential boycott en masse.

In the message, sighted by the BBC, Kaser wrote that although Tessema’s arguments appeared to be “reasonable”, it would not be good for FIFA’s prestige if the decisions reached in Zurich concerning Africa’s slot allocation was changed.

The decision was “final”, he concluded. He ended the letter, notably, by complaining to Rous: “It is a pity that our own members are working against FIFA decisions”.

Tessema and Djan later collaborated on an official protest letter on behalf of CAF to FIFA, asking for Africa to receive at least one guaranteed independent slot at the expense of a European nation.

Their advocacy gained more weight when Ghana qualified for the men’s football competition at the 1964 Olympics – becoming the first Sub-Saharan African team to ever play in the Games – and then beat Japan and drew with Argentina in the group stage.

African football looked to have come of age – yet FIFA didn’t seem to agree.

Africa versus FIFA showdown culminated at a FIFA Congress in Tokyo in October 1964 on the eve of the Olympics.

The items on the agenda were: FIFA’s decision to supersede CAF and readmit apartheid-divided South Africa; African representation on the FIFA Executive Committee; and the World Cup slot. 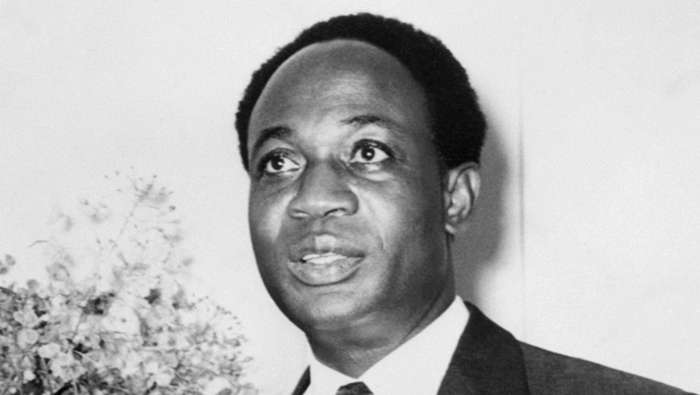 However, anticipating that world football’s governing body would be unwilling to bend and that no exhibit of African achievement could change their collective mind, CAF took the decision to boycott the 1966 tournament.

What started as a protest by one nation in Accra in February ended up as a boycott by all the continent’s nations eight months later.

Africa’s official boycott decision was only mentioned in passing by president Rous in his address at the congress, as he called for “understanding” and “conformity” to FIFA rules. But it was to have lasting implications.

The continent’s representation at England 66 may have been limited to Portugal’s Mozambique-born striker Eusebio, who top-scored with nine goals, but the boycott would influence reforms that would lead to Africa getting its own independent slot in 1970.

As a result of the increase, as many as 11 more African nations (since Egypt and Morocco) have been able to participate on the game’s grandest stage.

Ghana may have had to wait to take their place among the elite, and their World Cup showing in 2014 may have been among African football’s most ignominious incidents.

However, the West African nation must be honoured for its role as the continent’s pioneers after starting the revolution.