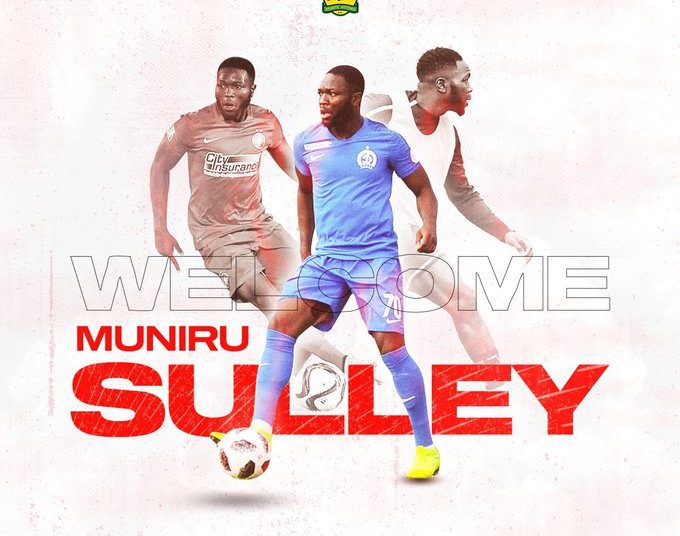 The Ghana Premier League transfer window ended on Saturday October 31, 2020 with many of the clubs making frenetic efforts for last minute deals ahead of the start of the 2020/2021 season.

Here, we rate the transfer activity of Asante Kotoko.

Even though Kotoko made last ditch efforts on deadline day to bring in midfielder Justice Blay from Medeama, the Porcupine Warriors largely conducted their business very early, bringing in 8 players prior to deadline day.

Ultimately, Maxwell Konadu still managed to bring in a midfielder on the last day, arguably a better capture than the much sought-after Blay.

Kotoko announced the signing of Sulley Ali Muniru on Monday; their 9th signing of the current window.

If the first two names of their new signing sounds familiar, that is because it is. Muniru is younger brother of the  former Black Stars midfielder Sulley Ali Muntari.

And while it is inescapable that his identification will always come with a reference to his more accomplished brother, the 28 year old has done well for himself over the years and Kotoko would have been delighted with his capture.

The record Ghana Premier League champions have also brought in Patrick Asmah, a former Ghana U-20 left back who is back home after sojourns to Italy. Up against Moro Ibrahim, Kotoko are spoilt for choice at left back.

In defense, Kotoko have also added good steel in Yussif Mubarik from Ashantigold and Andrews Appau from Tano Bofoakwa but it is in midfield the Krobea have done the most shrewed business.

The addition of Emmanuel Keyekeh (Karela United), Latif Anabilah (Ashantigold) and Sulley Muniru to a midfield that already boasts the likes of Mudasiru Salifu and Adom Frimpong, has immediately propelled Kotoko’s midfield to the realms of best assembled midfield in the country.

Then they threw in a Brazilian signing, Fabio Dos Santos Gama, a player they insist is much more than a cosmetic signing.

Fabio Gama 🇧🇷 has few words for the Porcupine family 😍🔥😍🔥

Yes, Hearts of Oak’s midfield trio of Emmanuel Nettey, Benjamin Efutu and Frederick Ansah Botchway will have something to say about this, but based on skill, grit and power, Kotoko’s midfield 5 has it all.

The biggest headache for Konadu is finding a combination that actually works, and keeping every member of the squad happy even if minutes are not distributed equitably.

Kotoko were already well resourced in the goalkeeping department and the addition of Razak Abalora will only further increase competition for places in the squad. It is unimaginable that Kotoko’s captain, Felix Annan, only a few months ago the best goalkeeper in the country, suddenly could find himself being third choice at Kotoko.

But that is the reality staring us in the face and Kotoko’s goalkeeping department could serve us one of the best sub-plots of the upcoming season. Kwame Baah will be looking over his shoulders at every turn now.

In the striking department, Kotoko only technically signed one player, Evans Adomako, a former player of Division One side Phar Rangers.

But Kotoko have also welcome back Osman Ibrahim, who spent last season on loan at King Faisal where he scored 8 goals in 14 games. Quick, incisive and powerful, Ibrahim’s return will surely serve like a new signing and he will surely go into the season as Kotoko’s first choice striker.

William Opoku-Mensah and Naby Keita just do not seem like they possess the same qualities as Ibrahim and are players that could come in handy depending on the profile of the opponent.

Consequently, the attack is one area that feels a little light but with support from wing-wizard Emmanuel Gyamfi, Kotoko’s attack should have enough firepower.

Kotoko undertook what can only be described as a house-cleaning exercise, getting rid of nearly 20 players and signing 9 of them. They improved a defense that needed a bit of agility, added to a midfield that required steel, increased competition in their goalkeeping and refreshed their attack with a youthful vibe.