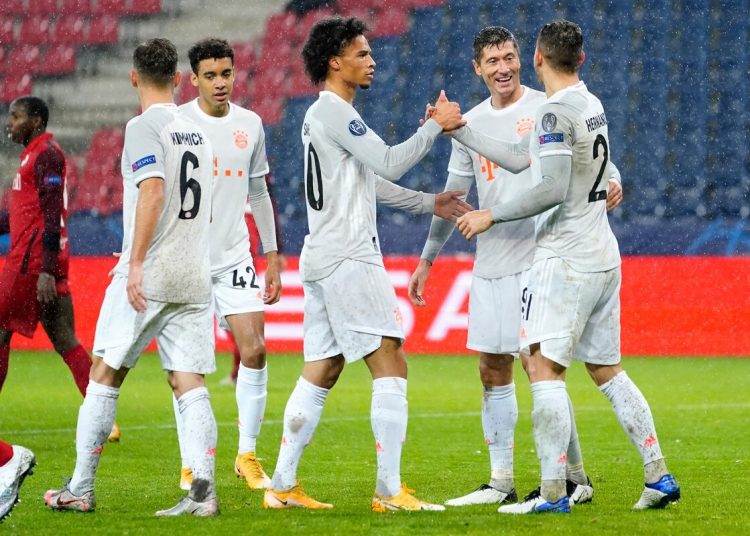 Mergim Berisha put the hosts ahead but Robert Lewandowski’s penalty made it 1-1 and an own goal from home defender Rasmus Kristensen put Bayern ahead.

Leroy Sane curled in a fourth goal, Lewandowski headed a fifth and Lucas Hernandez added a sixth in injury time.

European champions Bayern have won all three of their Champions League matches this season and are five points clear of second-placed Atlético Madrid, who drew 1-1 away at Lokomotiv Moscow in the other Group A match.

If Bayern wins the return against Red Bull Salzburg on 25 November they will qualify for the last 16 with two games to spare.

Bayern trailed early on in the match played behind closed doors but thought they had a chance to equalize from the penalty spot when Dominik Szoboszlai was adjudged to have fouled Hernandez.

However, with the ball on the spot and Lewandowski ready to take it, the referee checked on the VAR monitor and changed his mind.

Lewandowski did however convert a penalty later in the first half to bring his side level after Thomas Muller had been brought down by Enock Mwepu.

Kristensen’s own goal, from Muller’s cross, put Bayern ahead and Kingsley Coman went close to adding a third, but his shot hit the crossbar.

Bayern is now in a strong position to move into the last 16 of the Champions League for a 13th successive season.