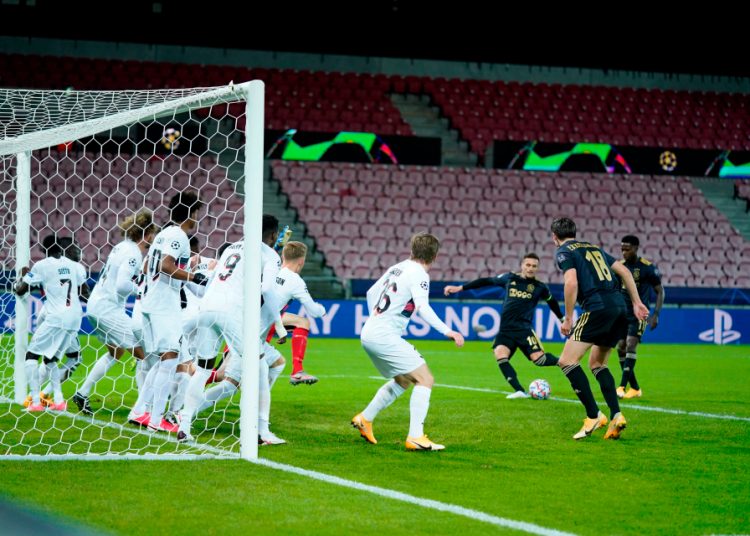 Ajax’s Dusan Tadic managed to find the back of the net against FC Midtjylland despite the entire team standing on the goal-line.

The 31-year-old made it 2-0 against the Danish side after 13 minutes, just moments after Midtjylland’s goalkeeper picked up a back pass from his defender.

After the referee blew for an in-direct free-kick, all eleven opposition players decided to stand on the line but it wasn’t enough to stop the Serbian from scoring.

Ajax winger Antony opened the scoring in the first minute against Brian Priske’s side, but an 18th-minute goal from Anders Dreyer means the Danish Superliga is still in the contest after a poor start.

Ajax ended up winning the game despite an outbreak of Coronavirus in the team, with 11 of the players testing positive ahead of Tuesday’s UCL clash.

The Dutch champions currently sit second in Group D with 4 points from three games in the Champions League.