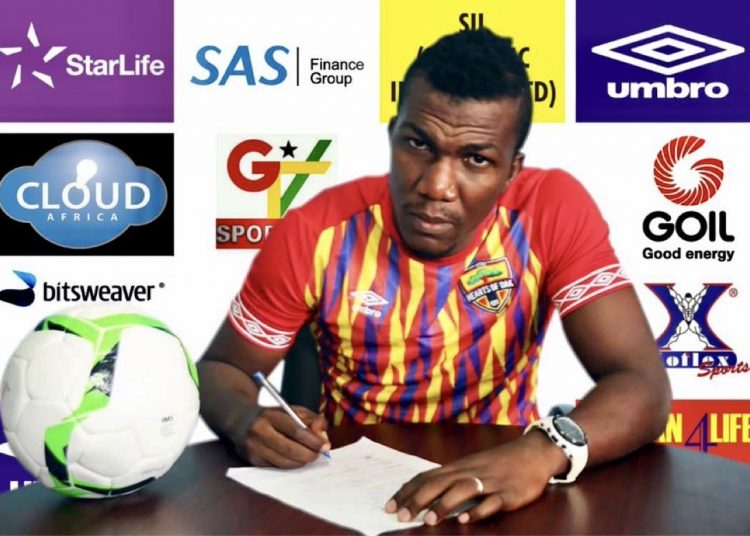 Hearts of Oak Head Coach Edward Odoom has set his sights on ending the club’s 11 year wait for the Ghana Premier a league title, and a strong  squad will be key to carrying  out that ambition.

Perhaps, the biggest headache the Phobians faced before the transfer window opened, was to figure out the contract renewal of forward Joseph Esso. After negotiations between Esso and Hearts failed, the star forward, who was the club’s second highest scorer in the cancelled 2019/2020 season, left the club on free transfer, in a move that strongly displeased the Hearts faithful.

The club’s top scorer from the 2019/2020 campaign, Kofi Kordzi, also left the club in a lucrative deal, which left the Phobians bare in attack.

Accra Hearts of Oak is delighted to announce the signing of Isaac Mensah from Division One side Nkoranza Warriors. The teenage striker has signed a three-year contract at the club.

Tetteh’s experience, ability and physique is exactly what the Phobians need at the moment. The perfect blend of an experienced performer at GHPL level in Tetteh, and a young, smart finisher in Isaac Mensah, is what Hearts possess heading into the new season.

Hearts averaged just about a goal a game in the previous campaign, and the arrival of these two proven goal scorers is sure to boost the goalscoring prowess of the Phobians.

The return of winger Patrick Razak is set to be a huge boost to Odoom’s side not only in terms of ability, but experience also. The lack of experience and leadership in the Hearts squad was evident last season, and Razak solves that problem.

The acquisition of defender Nuru Sulley provides options for Hearts, after Benjamin Agyare left during the window.

📸 | @HeartsOfOakGH is pleased to announce the signing of central defender, Nuru Sule. The Ghanaian international has signed a two-year contract as he makes a return to the club.#WelcomeBackNuru
🔴💛🔵#AHOSC pic.twitter.com/Qpt4cq6EW4

Sulley’s power and leadership skills will provide some level of balance and stability in the Phobians backline, especially as Mohammed Alhassan looks to be struggling for form.

One can’t help but feel Hearts of Oak are a little short on the wide areas and in midfield. The midfield trio of Benjamin Afutu, Emmanuel Nettey and Frederick Ansah Botchway is perhaps the best in the country but the players waiting on the sidelines in case of injury just do not seem to possess the same grit and power.

Michel Sarpong is skill but fragile; Nurudeen does not seem to have settled yet and Abdul Manaf, well, is Abdul Manaf, inconsistent.

Nonetheless, Edward Odoom now has a properly balanced squad, with good options in each position.  Hearts’ business during the window was quiet but strategic and addressed the needs of the team.

It’s too early to say if Hearts stand a strong chance of ending their 11 year league drought, but the current squad on paper is strong enough to catch the attention of their rivals.