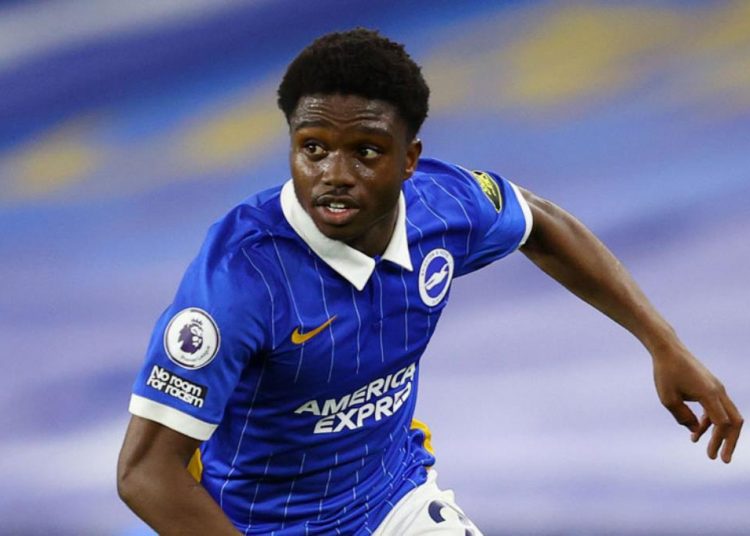 The 20-year-old has grabbed attention after his explosive form for Brighton in the English Premier League so far.

The former Chelsea starlet has represented the England at various youth levels and the West Africans must go through a stipulated FIFA processes to enable him switch his nationality.

He has represented the European country at Under-18, 19, 20 and 21 but faces a massive decision over his full blown international career with Ghana knocking on his door.

And Ghana Football Association president Kurt Okraku has confirmed talks have been intensified to get the highly-rated right-back to switch nationality to the African giants.

“The national teams are for Ghanaians. It doesn’t mean only those who reside in Ghana alone but for every Ghanaian across the world for which reason it will be suicidal for us not to search everywhere in the world to find the right talents for Ghana. If we find the talent and the coach is please we need to bring that talent,” Okraku said

We are working closely at every big talent you may have seen on your screens and those you have not. But we must also understand the atmosphere around some of those players. Some are classified.

“Someone like Tariq Lamptey we have been speaking to his family to make sure that having identified him as a top talent we will bring him to represent our county. In the same vein, other people are also talking to him and his family to represent another country.

“It doesn’t come so quick and easy. We are following every top Ghanaian talent you may have seen on your screens and those you may not have seen.

“I have not seen Jamie before but he’s coming for us to take a go at him from close range so we are leaving no stone unturned.

“We have immediate battles to win and then of the future and we need to take care of both battles. And the players the coach believes will represent our interest for the immediate battle are the ones he’s inviting.”

Born to Ghanaian parents in London, the exciting youngster has caught the attention of Ghana football officials with a streak of fine performances at club level.