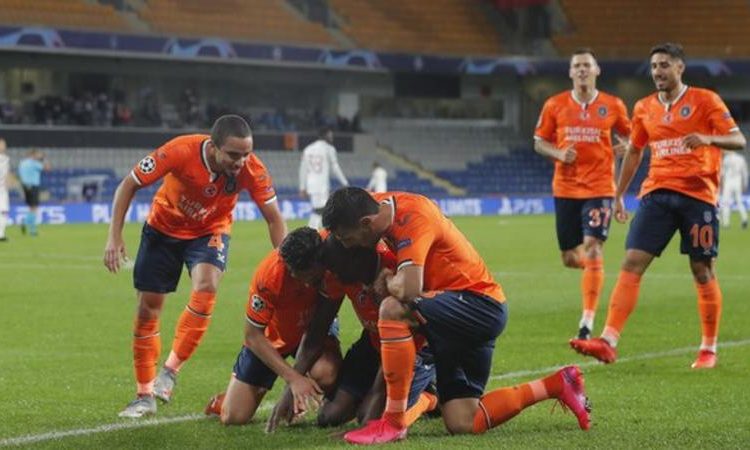 Manchester United suffered a chastening night after conceding an embarrassing opening goal as they were humbled by Champions League rookies Istanbul Basaksehir.

Basaksehir, formed only in 1990, claimed their maiden Turkish Super Lig title last season and had not scored a goal or claimed a point in their opening two games in the competition.

They could not have wished for an easier way to get off the mark as United’s defence went missing, allowing former Chelsea and Newcastle striker Demba Ba to run clear from the halfway line and fire past Dean Henderson.

United’s defensive efforts for the second goal were almost as bad, Deniz Turuc dispossessing Juan Mata and finding Edin Visca in acres of space in the box to smash home.

The visitors were given hope when Anthony Martial headed in from a Luke Shaw cross two minutes before the interval, but they could not salvage a result in a shabby second half showing, Basaksehir picking up a famous victory.