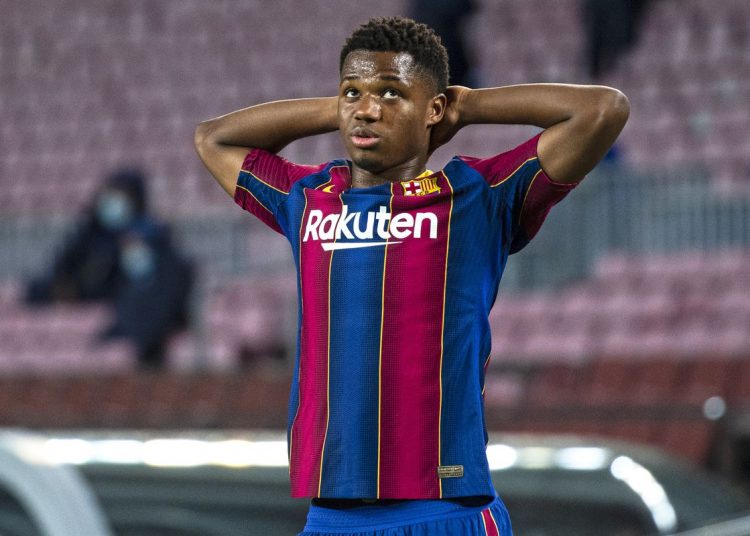 Barcelona forward Ansu Fati has been ruled out for about four months after having a knee operation.

The 18-year-old was operated on after suffering an injury to the internal meniscus of his left knee against Real Betis.

The Spain international was substituted during half-time of the 5-2 win on Saturday.

He broke a 95-year national record to become Spain’s youngest goal-scorer at the age of 17 years and 311 days with a strike against Ukraine in September.