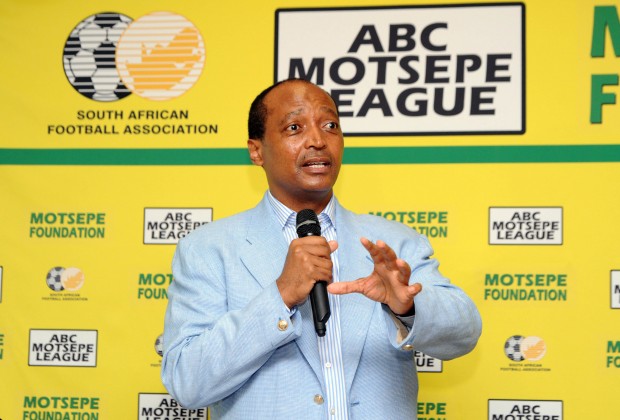 He owns Pretoria-based Mamelodi Sundowns, who have been among the top 10 clubs in Africa for some years and completed a South African treble last season.

His decision raises to three the number of candidates for the top job in African football with incumbent Ahmad Ahmad from Madagascar and Jacques Anouma from the Ivory Coast also in the race.

Ahmad said last month that he would seek a second four-year term after ending the 29-year reign of Cameroonian Issa Hayatou with a stunning 34 votes to 20 triumph three years ago.

Anouma, who was prevented from bidding for the CAF presidency in 2013 when a Hayatou-inspired move lead to a rule change that barred the Ivorian, announced his candidacy at the weekend.

Motsepe did not attend a media conference in Johannesburg where the announcement was made as he is in quarantine having contracted the coronavirus.

“He is the most appropriate person we could offer for the leadership of CAF. We do not want any compromise on governance or ethics in football,” said CAF third vice-president Jordaan.

The presidents of the Nigerian and Sierra Leone football associations, Amaju Pinnick and Isha Johansen, were in Johannesburg for the announcement.

Pinnick, who hinted last month that he might contest the presidency, confirmed he is not a contender and will back Motsepe instead.

A former CAF vice-president, Pinnick was fired by Ahmad after disagreements over the direction the Cairo-based CAF was taking.

Motsepe, a former lawyer who is married to a sister of South African President Cyril Ramaphosa, became wealthy through various mining deals.