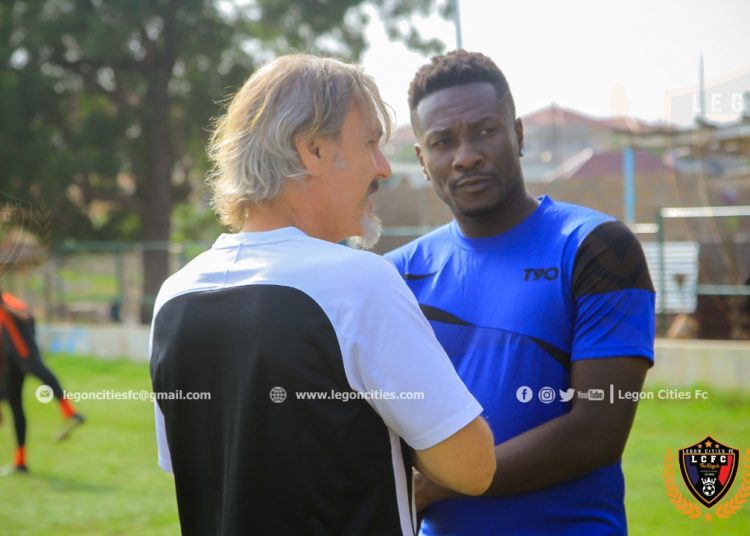 New Legon Cities forward, Asamoah Gyan, will miss the team’s opening match in the Ghana Premier league against Berekum Chelsea due to injury.

Gyan, 34, joined the Royals in the biggest deal of the local transfer window after signing a one-year deal.

The former Black Stars captain, did not train with the team on Monday and Legon Cities Head Coach, Goran Barjaktarevic, confirmed that the forward will not feature in the season opener.

“Asamoah Gyan is one experienced player and he’s still got some problems with injury.” Head Coach Barjaktarevic said.

“We are working to get him fit because it is very important when he comes back, he comes back in good shape”.

Gyan has not played competitive football since the beginning of the year when he returned to the country after sustaining an injury while playing for his former club North East United.