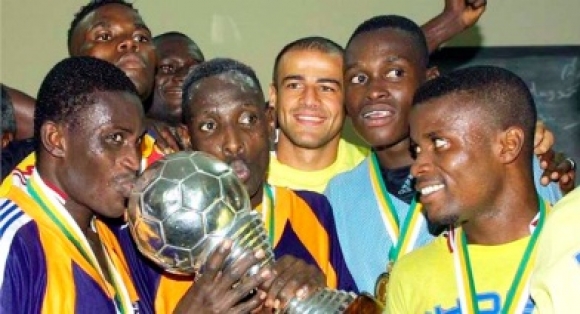 Hearts of Oak are without doubt one of Ghana’s biggest ever clubs.

Aside their over 100-year history, Hearts of Oak are one of the country’s most successful clubs, winning over 30 domestic and continental laurels.

Hearts of Oak also placed 7th in CAF’s list of the best African clubs of the 20th century.

With the club celebrating 109 years since it was founded, today, let’s relive five of their biggest successes.

Hearts of Oak began their memorable CAF Championship campaign against Guinean club, Horoya FC, beating them 3-2 on aggregate. In the next round, the Accra-based club beat DC Motema Pembe 4-3 on aggregate to seal a spot in the group stages of the competition. 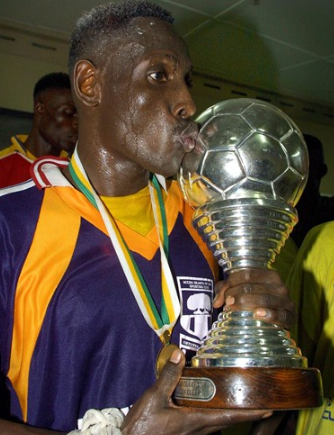 Hearts finished top of a group which included Egyptian side, Al Ahly; Lobi Stars of Nigeria, and Senegalese club, Jeanne d’Arc, without losing a single game. With the top sides in the two groups qualifying for the final, Hearts faced Tunisian giants Esperance in a two-legged tie. After winning the first leg in Tunisia 2-1, with goals from Ishmael Addo and Emmanuel Osei Kuffour, Hearts won the second leg 3-1 with both players getting on the scoresheet yet again (Kuffour with a brace). Kuffour scored 10 goals to finish as the tournament’s top marksman as Hearts won their first, and so far only, Champions League crown.

Having won the CAF Champions League the year before, Hearts of Oak earned the right to contest the CAF Super Cup against the winners of the African Cup Winner’s Cup, Egypt’s Zamalek. 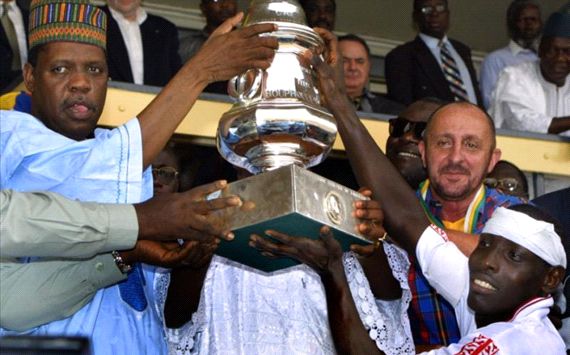 The side led by coach Cecil Jones Attuquayefio triumphed yet again, picking up a 2-0 win, with Charles Taylor and Champions League hero Emmanuel Osei Kuffuor finding the net.

Having been knocked out of the CAF Champions League that year at the Round of 16 stage, Hearts of Oak entered the new CAF Confederations Cup tournament at the Playoff stage. They earned a narrow 1-0 victory over Senegalese side AS Douanes after two legs to make it through to the group stages. Hearts topped their group which included Cameroonian sides Coton Sport FC and Sable FC and South Africa’s Santos FC, winning four of their six matches. 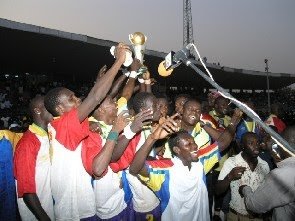 In the final, they face their fiercest rivals, Kumasi Asante Kotoko, with the tense first leg ending  1-1, after a late Louis Agyemang strike cancelled out Michael Osei’s goal for the Porcupine Warriors.  In the second leg, another late Hearts goal, this time by Lawrence Adjah Tetteh stopped Kotoko from claiming the trophy after Charles Taylor had given them the lead. The match went to a penalty shootout, with Edmund Owusu-Ansah and Amankwah Mireku missing the first kicks for both Kotoko and Hearts respectively. After both sides scored their next four penalties, the shootout went to sudden death, with both teams finding the net on their next three tries. Crucially, however, Joe Hendricks missed for Kotoko, with Michael Donkor hitting the back of the net with his effort.
2008/09 Ghana Premier League
Kicking off the campaign with a 2-0 win at St Mirren and ending it with the same scoreline at home to the same team, Hearts of Oak were crowned Premier League champions in July 2009. 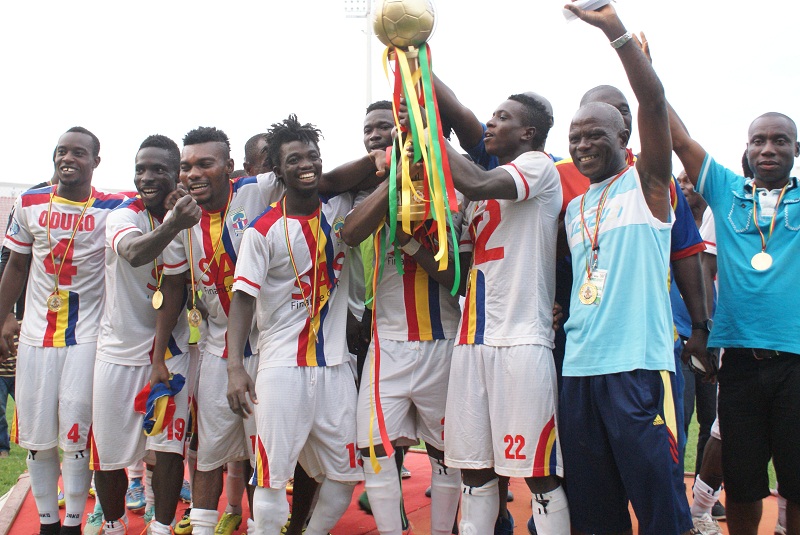 It wasn’t a walk in the park however as Hearts finished only three points clear of runners-up Asante Kotoko. They started the season in fine form, winning nine of their first ten games, including a 2-1 win at Kotoko and drawing the other. And despite losing 1-0 in Accra to Kotoko, the Phobians eventually held on to capture their 20th league title. They have not won a league title since.
2000 FA Cup
Heart of Oak’s run to the 2000 FA Cup was a long and tedious one as they beat Okwahu Youngsters (2-0), Hasaacas (5-3 on penalties after a 1-1 draw), B.A. United (1-0), and Dawu Youngsters (1-0) en route to the final. In the final against Okwahu United, goals from Ishmael Addo and Emmanuel Osei Kuffour gave Hearts a 2-0 win
ShareTweetSend
Previous Post