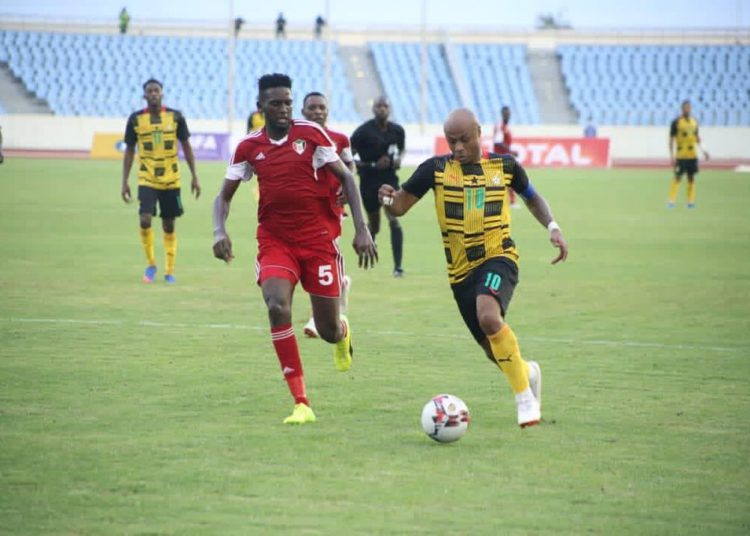 Ghana’s Black Stars beat Sudan 2-0 at the Cape Coast Stadium on Thursday to consolidate their lead at the top of AFCON 2021 qualifying Group C with maximum 9 points out of 3 games.

A goal in either half from captain Andre Ayew gave CK Akonnor’s men convincing victory, with a reverse fixture against the same opponents set for Tuesday November 17.

Catch up on the action below:

Both teams are out warming up in similar patterns, ahead of the 16:00 GMT kickoff.

The Black Stars players will wear black armbands in honour of Former President Jerry John Rawlings, who passed away on Thursday.

Just about 10 minutes to kickoff, and this most certainly doesn’t feel like a football match. The stadium is empty except for the presence of media and officials, due to CAF’s Covid-19 protocols. 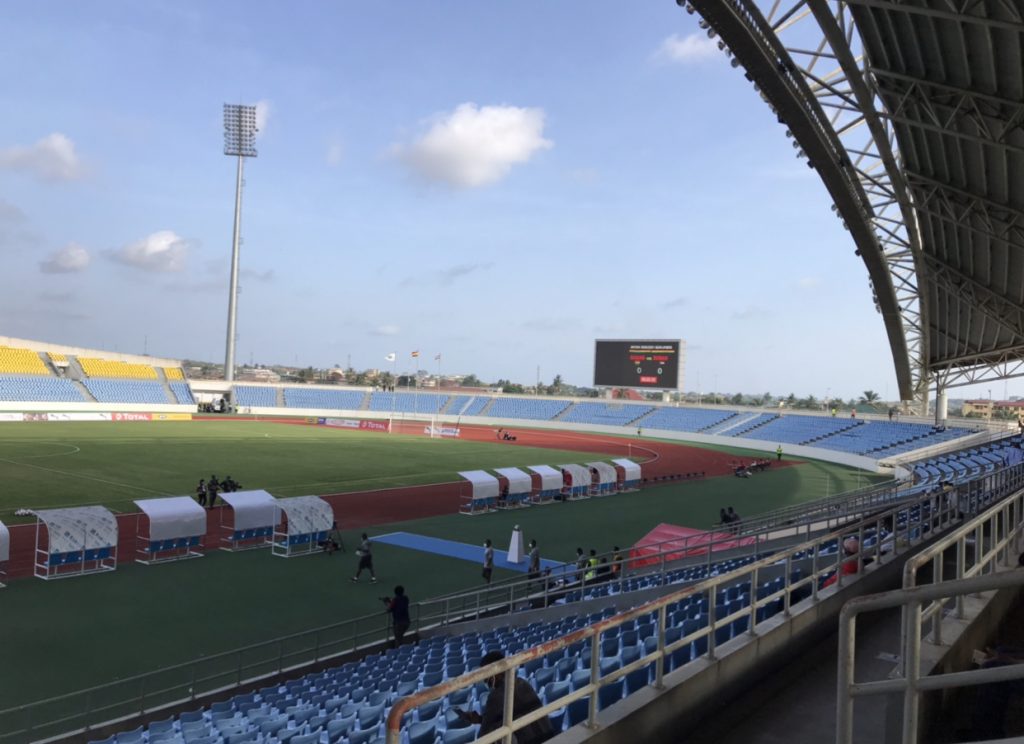 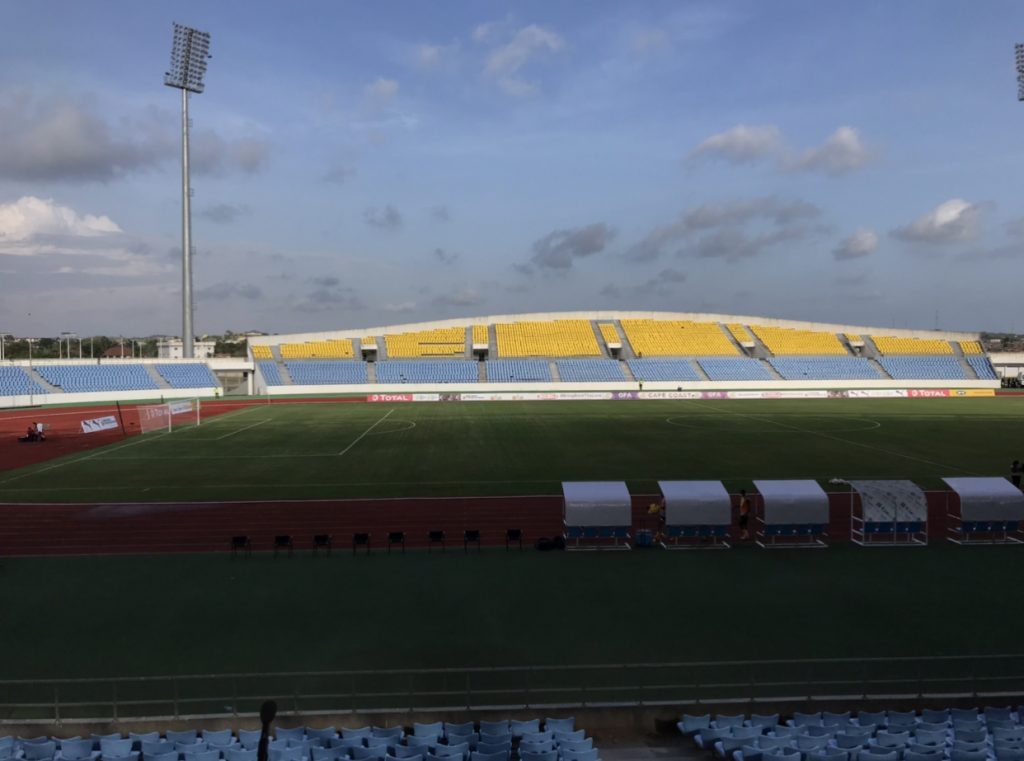 15:57 GMT:
National anthems have been sang, and team photos are being taken. Ghana are in their yellow strip, with Sudan in all red.

15:59 GMT: A minute silence held before the game in honour of Former Ghana President J.J Rawlings.

Sudan get things underway here at the Cape Coast Stadium.

Ghana’s Black Stars on the offensive early in the game, but Tariq Fosu’s cross cannot find André Ayew at the far post.

16:15 GMT:
Ghana go close to taking the lead. Andre Ayew shoots across the face of goal, but an on rushing Jordan Ayew is unable to get the telling touch.

GOAL! Captain Andre Ayew curls in a sumptuous freekick into the top right corner to give Ghana the lead. Ghana lead 1-0, here at the Cape Coast Stadium.

Oh what a delightful free kick from Andre Ayew!!!

Wonderful goal to put Ghana ahead. 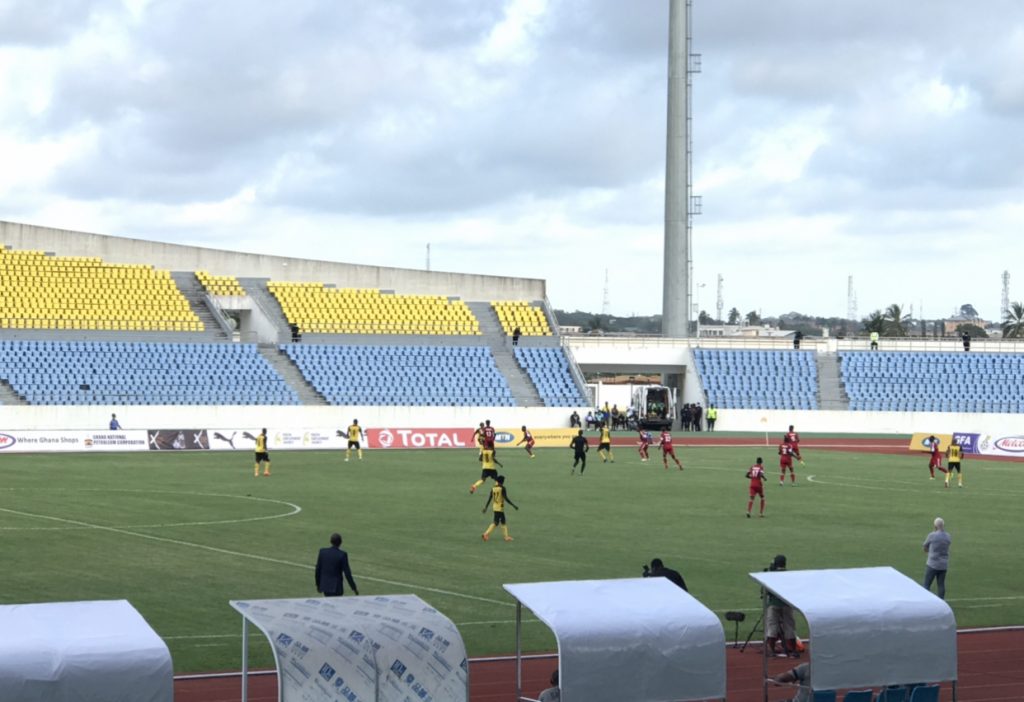 BIG SAVE: Samuel Owusu played through on goal by Tariq Fosu, but Sudan goalkeeper Ali Eshrein saves brilliantly with his foot.

Another save from Ali Eshrein, this time from a goal bound Alexander Djiku header.

Play stops briefly, due to a misunderstanding between Sudan Head Coach, Hubert Velud  and the linesman after the referee waved off a penalty shout by Sudan.

GOAL DISALLOWED! Andre Ayew heads in what looks like Ghana’s second, but the referee rules out the goal. Still Ghana 1-0 Sudan.

Second half begins, here at the Cape Coast Stadium. Ghana leads 1-0 thanks to Andre Ayew’s first half strike.

CHANCE: Tariq Fosu goes close to doubling Ghana’s lead, but his shot, from just outside the penalty box, only finds the side netting.

BIG CHANCE! Great build up play from Sudan to set up Mohammed Abdelraman, but his header goes narrowly wide.

Substitution: Christopher Nettey’s debut comes to an end, as he is replaced by Nicholas Opoku.

CHANCE! Ghana fashion out yet another opportunity to double their lead, but captain Andre Ayew blasts over from the edge of the box after being set up nicely by Caleb Ekuban.