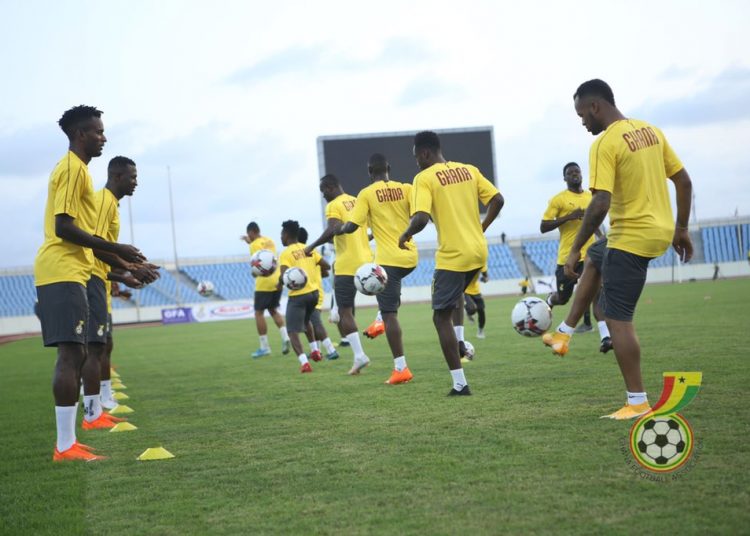 The Black Stars have had to contend with the loss of Thomas Partey and Baba Iddrisu for the game through injury.

Midfielder Mubarak Wakaso and defender, Harrison Afful were both unable to travel from China and the USA respectively due to coronavirus concerns. Goalkeeper Richard Ofori, however, returns to the side after missing the friendlies against Mali and Qatar in October.

Having had to wait a whole year to face the opponents he was supposed to make his debut as Black Stars head coach against, Charles Kwablan Akonnor heads into today’s match against Sudan with a couple of games under his belt.

With the matches initially scheduled to take place last year pushed back due to the coronavirus pandemic which decimated sports schedules around the globe, Akonnor has probably had enough time to prepare for this afternoon’s opponents.

Last month’s friendlies against Mali and Qatar offered inklings, rather than a concrete idea of what Akonnor’s Black Stars will offer going forward.

Following the public backlash that greeted the side’s awful performance in the 3-0 loss to Mali, Akonnor switched things up in the next friendly, with an improved showing producing a 5-1 win.

Akonnor, however, has a long way to go to win back the hearts of Ghanaians who are teetering on the edge after recent disappointments, including a Round of 16 exit in the previous AFCON tournament.

That dissent rose even more after Akonnor’s debut in charge, a game he’d like to quickly forget.

His task against Sudan has been made even tougher in particular by the loss of Arsenal star Thomas Partey through injury as the withdrawals of Mubarak Wakaso and Harrison Afful due to coronavirus restrictions.

Unlike the Black Stars, Sudan have won only one of their two qualifying matches so far. A 4-0 win over Sao Tome and Principe was followed up by a 1-0 loss in South Africa.

Again, while the Stars have had two games to prepare, Sudan have played three friendlies since their last qualifying match, although the first was way back in January.

In their subsequent matches, they lost 3-0 to Tunisia and drew 1-1 with Togo.

A win against Ghana would give Hubert Velud’s side their second win of the qualifiers and put them back in the running to book a place at next year’s AFCON.

Head coach C.K Akonnor: [Sudan] are a team that didn’t have the issues we had because most of their players are home-based players. They have been together for quite some time now. But we are not really worried about that. It’s a fact that they will play defensively and make things difficult for us. But we are aware of what they are capable of doing and we are really prepared. Today, we will go through some video sessions and let the guys know what ought to be done and hopefully, we will do well to carry the day.

Captain Andre Ayew: “Sudan is a team that I have faced before. I think we drew here in a very difficult game in Kumasi so I know what Sudan is capable of doing. But we are Ghana. And when you wear the Ghana jersey, you have to deliver, especially at home, so we have no choice.  We are going to make sure that we get the three points so that, that unity and that love between us stays and gets even better with time. That is why we want more games, more camping so that we are able to meet each other more and more and create that love between each other.”