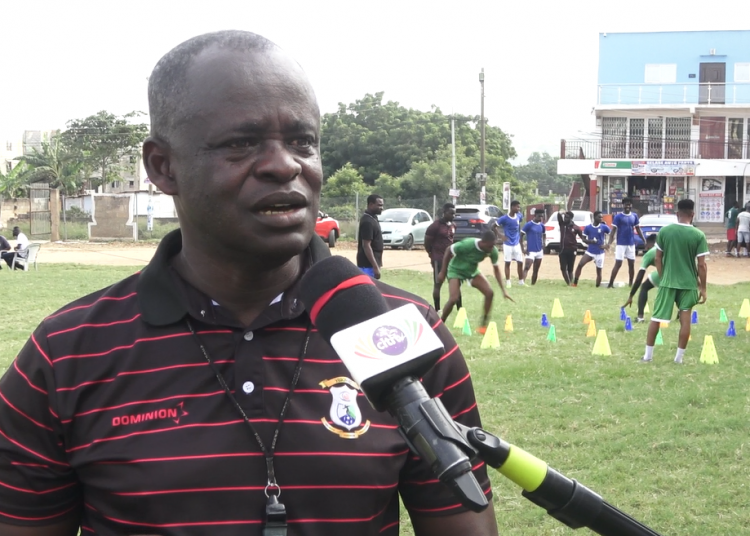 Not all heroes wear capes but I believe Prince Owusu does if only it was visible for all to see.

The current head coach of Vision FC has harnessed and lived his dream of becoming a professional football coach throughout the years.

He first started this journey back in his secondary school days.

“I actually started coaching back in Swedru Senior High School. At that time, I would leave campus on Friday, lead my team during the weekend and then go back to campus on time, so I don’t miss classes”.

Coaching, just like playing is about character and charisma, something Prince Owusu does not lack. His hallmark, hard work and passion for the job, have driven him around the country and the world.

The manager gained rave reviews after keeping a very young Tema Youth team afloat on their return to the domestic top-flight in the 2012/2013 season and is admired for how much he managed to get out of the youngsters.

In January 2020, Prince Owusu was named head coach of Vision FC with the aim of promoting the Division One side to the top division.

With this huge task, the former Medeama coach says he is enjoying his time at the club and has players who respond very well to his football ideologies.

“I am enjoying my time here, I love what I am doing and the players here respond to me very well and that is the most important thing”.

Comparing the difference in the levels between Ghana’s top and second tier leagues, Prince Owusu stated that it is more difficult handling a Premier League side than a Division One League club. 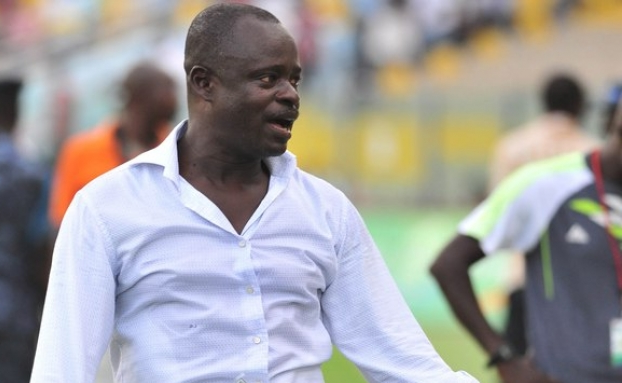 If you are lucky, you will get a club that will allow you to do whatever you think will make you succeed and that is what I got at Medeama, and I am getting the same thing here as well. Personally, I like to work with very young talents and groom them for the next level in the game.

However, the major difference and most challenging is the traveling patterns. In the Premier League, you will travel a lot and sometimes you go to Tamale and if you are not lucky and you lose, you get an even longer and tiring trip back to Tarkwa and that is the experience you do not get at the lower division. Here, the longest you travel is Oda and that is about it”.

Prince Owusu believes his job as a football coach goes beyond the grass or hard surfaces clubs play on. According to him, he relishes helping young talents find greener pastures and to make a living for themselves and their families.

“My job primarily isn’t about what happens on the field of play. You will want to help young players get their careers up and doing and see them excel and making money. It gives me joy seeing players whom I have helped  go on to make it in life and are not depending on anyone or me.

I will help you when you are around me and I will do everything within my reach to help you get to the next level but when you do, I won’t be there physically anymore, but I am always available. But the main aim is to help you so you can help yourself and your family one day.

The players I have been able to help too are doing well for themselves, making good money, and bringing some money back home, and helping the country in their little way.

These are the things that push me and make me happy to do it over and over again”.

Owusu has worked with some of the nation’s best players at their formative ages. The likes of Rahim Ayew, Andre Ayew, and Jordan Ayew have all passed through his hands at Nania and three of his Prampram prodigies had trials at Liverpool earlier this year.

He possesses a wealth of experience with regard to dealing with young players and certainly has an eye for them.

“I have a lot of players I have coached. I have done Andre Ayew, I took him outside the country. The opportunity came for him, I was his coach, so I take credit for that. I coached Ahmed Barusso too.

I have coached Isaac Coffie, Alfred Duncan, and few others”.

Coach Prince Owusu has been at the helm of many clubs, including Bechem United, Inter Allies, Tema Youth, Medeama Sporting Club, Dawhenya United among many others. 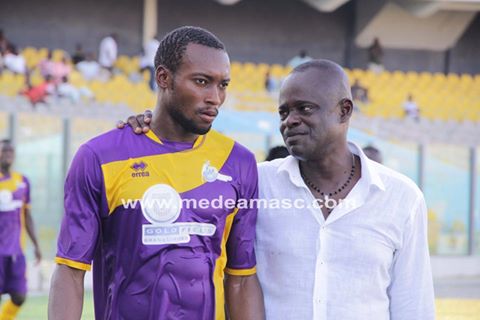 He had his chance to coach the Black Satellites of Ghana, where he was appointed as one of two deputies to Maxwell Konadu.

Prince Owusu described his stint with the U-20 side as a “huge battle” in his life as he was ostracized from the team at a point due to not having the demanded certificate.

“It was a very huge battle in my life and I went through a lot.

I made sure I devoted my life to it and equally left my mark during that period.

During my time with the Black Satellites, a lot of things happened there like everywhere else and it is the way you handle it that matters.

I coached the team, and we qualified for the Africa Cup and after everything, the management told me before I take up the job as head coach, I had to get a License B Africa coaching certificate which I didn’t have, so they told me to step down as the assistant coach.

The funny thing about it was that there were others who did not have the required License but were still keeping their positions, but I was told to move out”.

He further stated that he was not perturbed about losing his job with the Black Satellites because he ended up getting bigger coaching opportunities.

“Honestly, I was not bothered at all after I was told to step down from the job. It didn’t change anything in my life. It rather gave me success at Medeama and subsequently the chance to move to Sudan and make good money over there for my children to enjoy it.

So why do I have to cry about what didn’t affect me? I was happy and I enjoyed myself”.

Coach Prince linked up with Kwesi Appiah at the Sudanese side, Al Khartoum, a first opportunity at coaching abroad.

I enjoyed my time at Tarkwa, learned a lot there, and soon, I got the chance to go to Sudan [Al Khartoum].

I spoke to Moses Parker [Medeama’s President] to excuse me to take the chance. He agreed and told me to go take the big step and assured me that he’d be willing to take me back at Medeama if I ever wanted to return to the club”.

The charismatic head coach describes the Sudanese league as “standard” and steps ahead of Ghana due to the facilities a number of the clubs have.

“Look, the Sudanese league is a good one, and we are here deceiving ourselves that Ghana is a football country. Go and check Sudan.

About four clubs have standard pitches with correct grass and facilities to complement their status and the rest who do not have proper grass use Astro Turfs, and they are huge and of standard size as well.

If I am being honest, the standard there is higher than in Ghana, and we are not doing enough to even catch up here. I am talking in terms of facilities. We sit here in Ghana and brag we have this and that go and check Sudan and you will see things for yourself”.

Coach Prince is married with three kids and balancing family life and coaching has not always been easy, he says.

“It is really difficult doing the two. You sometimes don’t get it done the way you want but you have to plan your life very well.

I have kids I am bringing up to be better people but this job really takes a lot out of you. Your time and everything.

Even when I am at home, I am thinking of what to do next to improve my team, and all of that, and that wears you out. But I am coping with it”.

Prince Yaw Owusu believes he has a few years of coaching left in him and will take up the advisory role when he finally leaves the scenes of coaching.

“I have got a few years to go. I will be coaching for a few years and then wash my hands from coaching.

I will probably be an advisor after this job but I will definitely not coach any team after I call quit”.