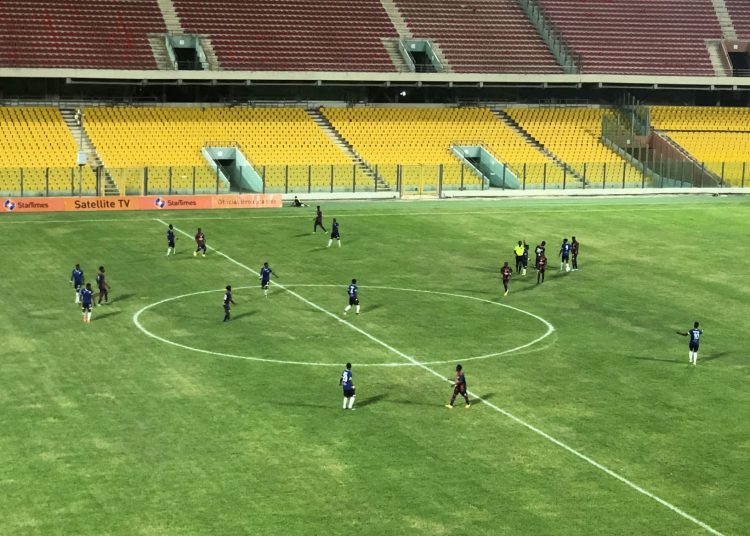 Just like it happened on match day one of last season’s truncated Ghana Premier League, Legon Cities could not get a victory to give their campaign a  good start on the first day of the new Ghana Premier League season after they drew 1-1 with Berekum Chelsea at the Accra Sports Stadium on Saturday.

Both teams were playing competitive football for the first time since March and they looked very eager to get going at the start of the match.

However, it was Berekum Chelsea that got into the lead after 22 minutes when a foul in the Legon Cities penalty area gave Stephen Amankona the chance to score from the spot.

12 minutes later, Jonah Attuquaye followed Amankona’s lead and leveled the score from the penalty spot following a push on Baba Mahama to leave the first half tied.

However, the second half failed to produce major action despite the good efforts of the two teams.

Chelsea could have taken the lead late in the game but Kofi Owusu sent his shot wide after going past a number of Legon Cities defenders.

The two teams return to action in match week 2 in Ghana Premier League where they will face some tough opposition.