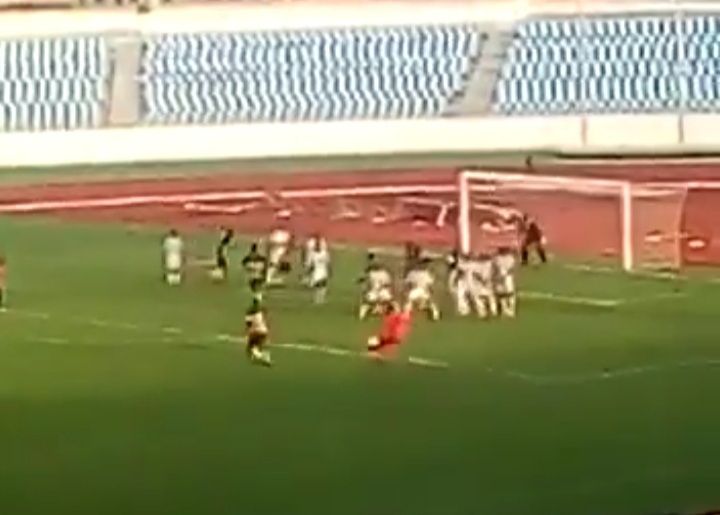 The Ghana Premier League returned this weekend and Ebusua Dwarfs’ goalkeeper, Issah Razak stole the headlines after scoring a stunning free kick to secure a point against Elmina Sharks at the Cape Coast Sports Stadium.

Trailing 2-1 and with under five minutes left on the clock, Razak pulled out a sublime goal.

Dennis Korsah-Akoumah handed Dwarfs a good start to the game, converting from the spot to give the home side a perfect start on Sunday afternoon.

However, the game turned on its head as Richard Mpong and Ishmael Hammond scored for the visiting team.

With the game coming to an end, Issah Razak, the Dwarfs goalkeeper stepped up and produced a Cristiano Ronaldo-like free kick to save his side from losing.

Ebusua Dwarfs will travel to Techiman next to play Eleven Wonders in the week two of the Ghana Premier League.

Goalkeeper Razak Issah of @Ebusua_Dwarfs scores freekick to grant the equalizer for The club against @ElminaSharks .
Dwarfs 2 – 2 Sharks

Partey contacted me for advice before joining Arsenal – Emmanuel Adebayor

Partey contacted me for advice before joining Arsenal - Emmanuel Adebayor