Playing away from home is not helping us – Maxwell Konadu 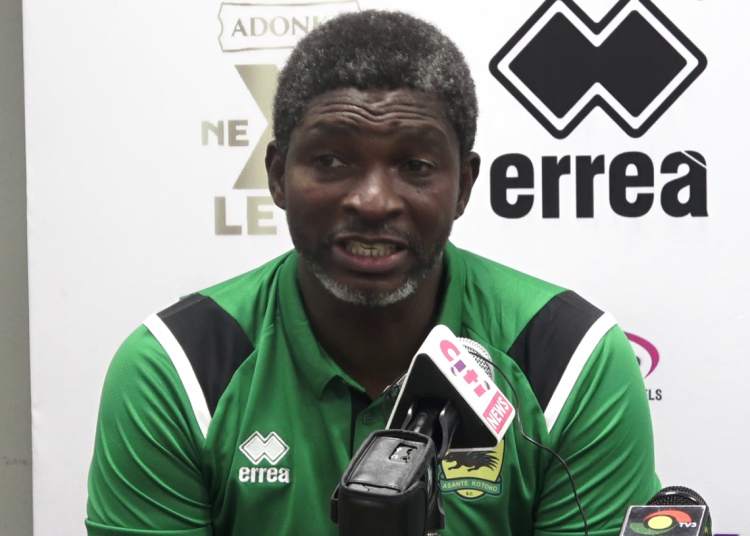 Head Coach for Kumasi Asante Kotoko, Maxwell Konadu, says playing their home games at the Accra Sports Stadium, rather than the Baba Yara Stadium has not favored his team.

Kotoko have had to find a new home due to the Baba Yara Stadium being shut down since February this year to pave way for renovation works.

According to Konadu, playing in front of the club’s fans at the Baba Yara Stadium will be more beneficial to the team.

The Kotoko Head Coach made these comments after his team’s lackluster performance against Techiman Eleven Wonders in their opening fixture of the 2020/2021 Ghana Premier League.

“This playing from home started from last season and it hasn’t been helping us,” Konadu said after the game.

“It’s always better to be in front of your home fans, playing in Kumasi means a lot to the team.”

Kotoko face Berekum Chelsea in their second fixture of the season and Konadu will be hoping the team bounces back in time for the encounter.