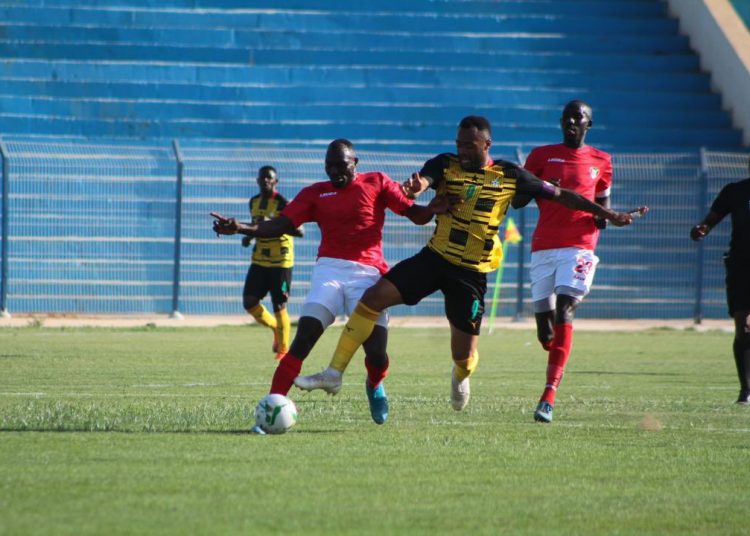 The Black Stars of Ghana lost 1-0 to Sudan in AFCON 2021 qualifying match in Omdurman on Tuesday afternoon.

The defeat was Ghana’s first in the qualifiers, having won all three of their previous games in the series.

Ghana only needed to avoid defeat in the game to qualify for the competition to be hosted by Cameroon in early 2022 but will now have to pick up points in their remaining two games against Sao Tome and Principe (Home) and South Africa (Away) to book a ticket to the 24-team tournament.

Ghana went into the game without two-goal hero from the first game, captain Andre Ayew, who picked up an injury in training and has since returned to club side Swansea City.

But Akonnor could still count on experienced players such as goalkeeper Fatau Dauda, midfielders Mubarak Wakaso and Afriyie Acquah, as well as defender John Boye and striker Jordan Ayew.

But the team looked drab at times, failing to create clear-cut opportunities throughout the game.

With the Sudanese lacking cutting edge themselves, it appeared the Black Stars had done just about enough to secure a point a ticket to Cameroon until Sudan scored in the 92nd minute, Mohammed Abdel Rahman rising highest to meet Ramadan Agab’s cross from the right hand side.

Replay shows John Boye should have done better with challenging for the header.

WATCH THE VIDEO BELOW:

The next international break is slated for March 27, 2021.