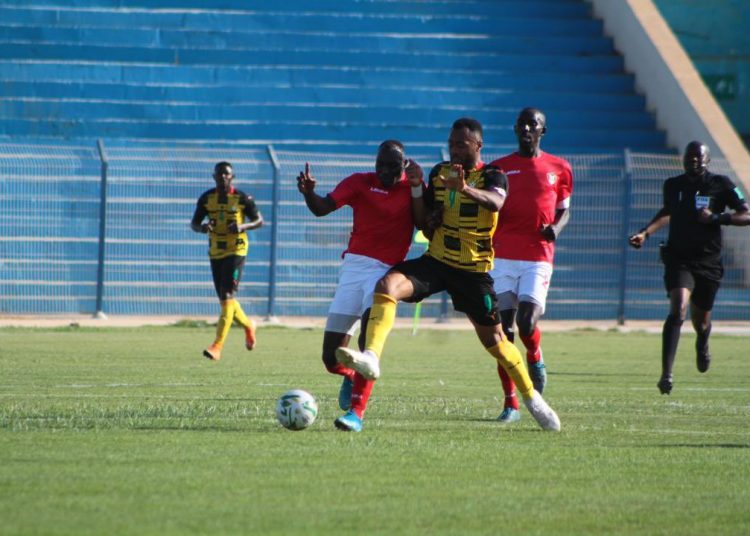 A powerful, late Mohammed Abdelrahman header gave Sudan a crucial win over the Black Stars in the AFCON 2021 qualifiers in Omdurman.

After a lackluster performance, the Black Stars finally succumbed to incessant pressure by the Falcons of Jerdine with just a minute left on the clock in added time.

C.K Akonnor’s men lacked the creative drive throughout the game and hardly created anything, missing the touch and leadership of Andre Dede Ayew.

A win or draw would have been enough to secure qualification to the 2021 Africa Cup of Nations with two games to spare but the team will now have to wait until the next round of qualifiers.

Both teams failed to create any clear-cut chances but at every attack, it was Sudan who looked more threatening.

The North Africans forced Fatau Dauda into a save, with the Legon Cities goalkeeper coming off his line to keep Ghana’s hopes of early qualification alive.

The first half ended with neither side creating enough opportunities to take the lead.

Ghana’s only attacking threat was Jordan Ayew who forced the Sudanese goalkeeper into two saves throughout the game.

With the Sudanese lacking a cutting edge themselves, it appeared the Black Stars had done just about enough to secure a point and a ticket to Cameroon until Sudan scored in the 92nd minute, Mohammed Abdelrahman rising highest to meet Ramadan Agab’s cross from the right flank.

Akonnor could not count on experienced players such as goalkeeper Fatau Dauda, midfielders Mubarak Wakaso, and Afriyie Acquah, as well as defender John Boye and striker Jordan Ayew to guide them to victory in Omdurman.

Despite the loss to Sudan, the Black Stars of Ghana sit on top of Group C with nine points and will play South Africa next in March, 2021.