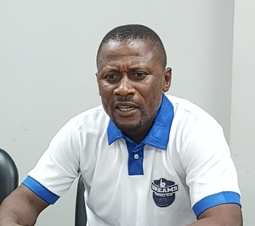 Assistant Head Coach for Dreams Football Club, Winfred Dormon believes his side will bring some exciting football to the Ghana Premier League this season.

Dreams began their campaign with a 0-0 draw away at Inter Allies despite dominating proceedings.

With the acquisition of players such as Abel Manomey and Joseph Esso from Accra Hearts of Oak, Dormon says being clinical in front of goal will be a major factor for the team.

“We believe Dreams FC will compete for every point. We want to approach each game as and when it comes. He said in a post match presser.

“I believe that if we are clinical and have composure in front of goal, we would be a delight to watch this season.”  He concluded.

Dreams FC will host Medeama in their next fixture of the 2020/2021 season at Dawu and will be hoping to grab all three points in that encounter.