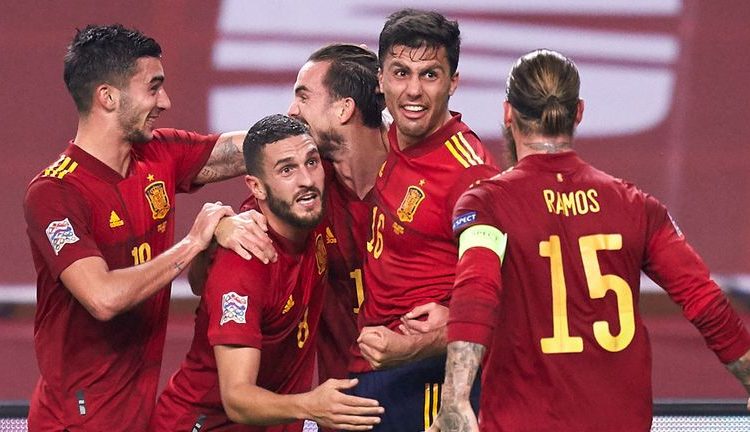 Rodri made it three with a guided header, and Torres slotted in a fourth before curling home the fifth.

Mikel Oyarzabal’s tap-in made it 6-0.

Spain and France will be joined by either Belgium or Denmark from Group A2 and Italy, the Netherlands or Poland from Group A1.