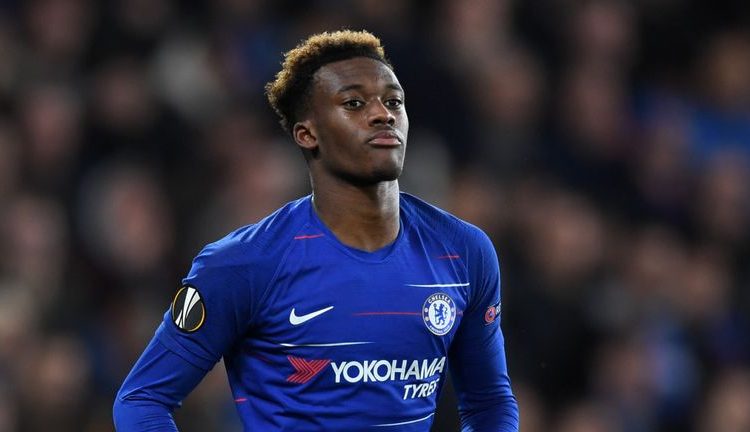 England and Chelsea youngster, Callum Hudson-Odoi has shown off his African side as he is seen dancing to Bisa Kdei’s “Ayi” song.

The 20-year-old traces his roots to Ghana, with his parents hailing from the West African country.

In March 2019, the winger accepted a national team call-up to the England national team and after playing three games for the Three Lions, he is ineligible to play for Ghana.

Despite not opting to play for Ghana, he has shown he is still firmly in touch of his Ghanaian roots

Callum Hudson-Odoi was seen together with his mates in a bus as ‘Ayi’, the popular 2013 hit by Criss Waddle, and Bisa Kdei was playing in the background with the Chelsea star showing off some dance moves.

The 20-year-old seems to be having a resurgence in his career, after a major setback where he got injured and since his recovery, he has been struggling for playtime at Chelsea.

However, the winger seems to have found back his sharpness, scoring for England’s U-21 team as they beat Andorra.