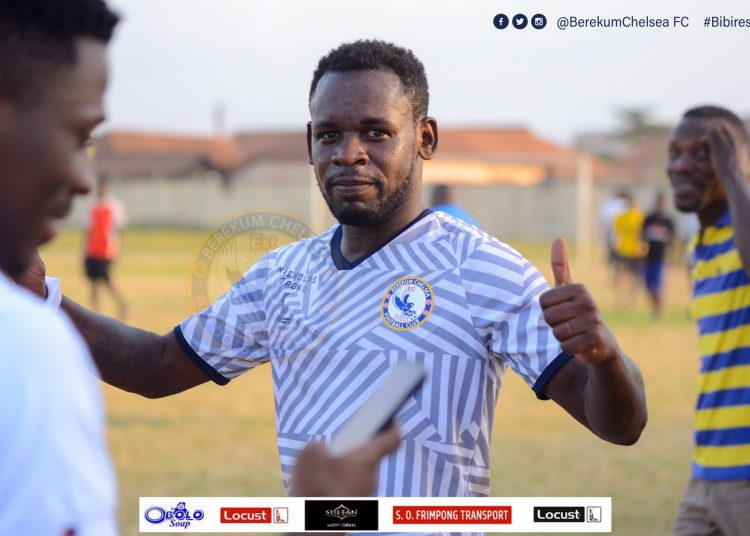 Kumasi Asante Kotoko were on the cusps of a first league win of the season when former striker Emmanuel Clottey came up with a 95th minute free-kick to deny them all three points away to Berekum Chelsea.

Kotoko, who drew 1-1 in their opening game against Eleven Wonders, went into the game having not beaten Chelsea in Berekum in 10 years.

In-form Kwame Opoku shot the Porcupine Warriors in front in the 18th minute and Maxwell  Konadu’s men led from then on, largely thanks to the fantastic work of Felix Annan in goal, who pulled off world class saves to keep the team’s lead.

He then got injured in the 90th minute after a collision with a Berekum Chelsea player and was replaced by Kwame Baah.

Deep into injury time, when it appeared victory was all but wrapped up, Kotoko gave away a free-kick in the edge of their own box, Clottey stepped up and thumped the ball beyond Kwame Baah before celebrating wildly against his former side.

Emmanuel Clottey's 2015 transfer to Kotoko landed the club in a $180,000 fine from FIFA and he was banned. He then dragged Kotoko to court asking to be paid compensation for the ban.

B. Chelsea vs Kotoko, 95th min, Clottey behind the free-kick…#GPLwk2 pic.twitter.com/XKQCGdAcSN