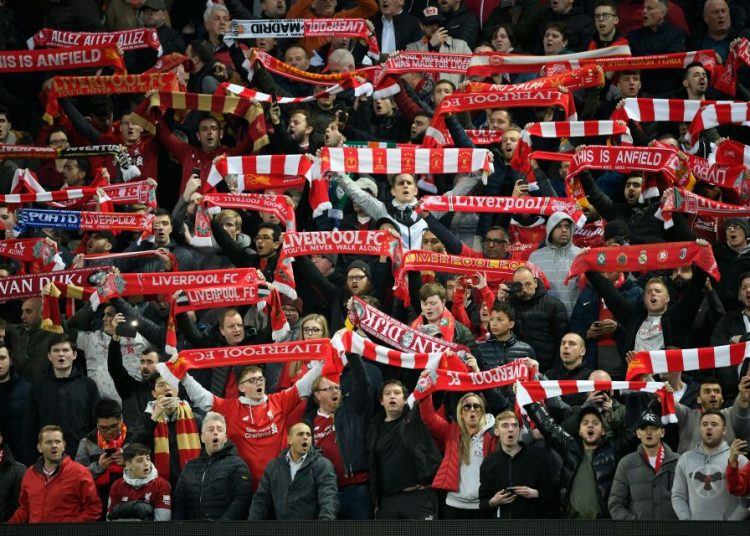 Football fans will be back in stadiums next Wednesday — but thousands are still going to be locked out.

The announcement is a potential survival lifeline for clubs in Leagues One and Two, the National League, rugby union and horse racing.

Grounds have been empty since the start of the first Covid-19 lockdown back in March.

Outdoor gates are to be capped at just 4,000 — and even that depends on which tier a club’s locality is in.

Dowden explained clubs in Tier One areas, where Covid restrictions are the least severe, will be allowed 50 per cent of their capacity up to that  4,000 maximum. 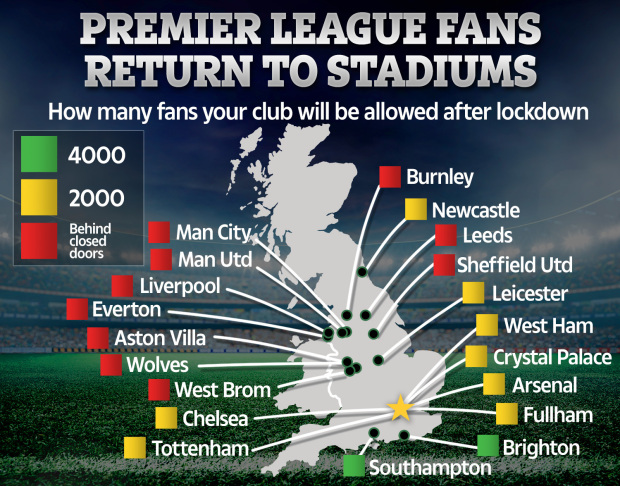 Those in Tier Two will be restricted to 2,000 or 50 per cent — again, whichever is the lower figure — but clubs in Tier Three remain empty.

Tiers are set to be announced on Thursday but, based on those before this latest lockdown, the only Prem clubs to be allowed the full 4,000 fans will be Brighton and Southampton.

Based on those previous tiers a whopping  SEVEN Prem clubs, and 20 in the EFL — including top-flight giants Liverpool, Manchester United and Manchester City — will still NOT be allowed any fans.

Burnley’s Turf Moor is another that will remain shut and boss Sean Dyche said: “It is a start point.

“Even if it is limited numbers it brings that feel and that connection back. Hopefully it will build quickly after that. We have missed our fans.”