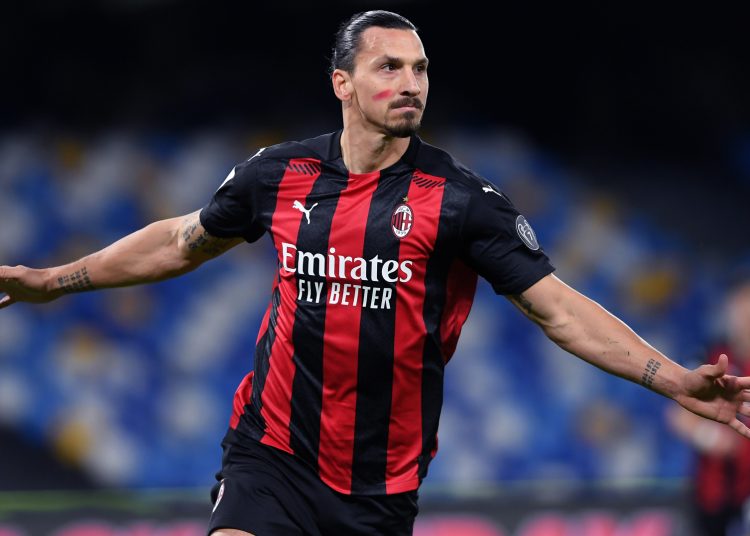 Leading footballers such as Gareth Bale and Zlatan Ibrahimovic are consulting their lawyers about the use of their names and images in video games.

AC Milan striker Ibrahimovic claimed on social media that EA Sports’ Fifa games were “making profit on my name and face without any agreement all these years”.

Bale, on loan at Tottenham, joined in, using the hashtag “#TimeToInvestigate”.

A source close to the Wales forward claimed players and agents around the world are also seeking legal advice.

That source pointed to an example in Brazil from June, where players won a settlement of 6.5m Brazilian real – a little over £900,000 – after the Union of Athletes of Santa Catarina brought a case against the game’s developers, EA Sports, in court.

The Fifa series is one of the most popular video game franchises in the world, selling more than 260 million copies as of 2018.

Its latest edition, Fifa 21, was released in October, featuring more than 7,000 players, 700 teams and officially licenced access to play in competitions such as the Premier League and Champions League.

Other popular games such as Pro Evolution Soccer pay for player likenesses and some official team and competition names, while management simulator series Football Manager features licensed competitions and players.

Ibrahimovic and Bale have appeared in several versions of Fifa, with Bale appearing on the cover of Fifa 14 alongside Barcelona and Argentina great Lionel Messi.

But Ibrahimovic claimed on social media on Monday that the game and its makers, EA Sports, had been using his image without his permission.

“Who gave Fifa EA Sport permission to use my name and face? @FIFPro?” the former Manchester United and Barcelona player wrote on Twitter.

“I’m not aware to be a member of Fifpro and if I am I was put there without any real knowledge through some weird maneuver [sic].

“And for sure I never allowed @FIFAcom or Fifpro to make money using me.

“Somebody is making profit on my name and face without any agreement all these years. Time to investigate.”

Bale, 31, responded by writing: “@Ibra_official Interesting… what is @FIFPro ? #TimeToInvestigate.”

It is a global players’ union, consisting of 65 national member associations across the world.

Among the “key principles” on Fifpro’s website is the statement: “A player’s name, image and performance may only be commercially utilised with his or her consent, voluntarily given.”

Fifpro negotiates deals to sell naming and image rights on behalf of its member nations and players. It also does other work, such as offering financial help to players who have had their contracts terminated as a result of the Covid-19 pandemic.

In non-member countries, Fifpro may strike special deals where rights are held by players, clubs or their leagues.

Premier League clubs, for example, sell their licensing rights for video games collectively, whereas Italy’s top-flight sides do not, paving the way for individual agreements for clubs, such as Ibrahimovic’s AC Milan.

Despite claiming not to know about his links to Fifpro, Ibrahimovic was included in the Fifpro World XI in 2013 and the following year he was in Zurich to collect his award at the Fifa Ballon d’Or ceremony.

The 39-year-old Swede was fourth in the Ballon d’Or voting and Bale 10th as Portugal’s Cristiano Ronaldo won the coveted prize.

Earlier this year, EA Sports announced an exclusive partnership with AC Milan to coincide with the launch of Fifa 21.

Meanwhile, Bale, whose parent club is Real Madrid, has his own esports organisation, Ellevens Esports, which has taken part in Fifa competitions.

UCL: Nigeria’s Emmanuel Dennis missed Dortmund clash after ‘storming off team bus because he couldn’t sit where he wanted’