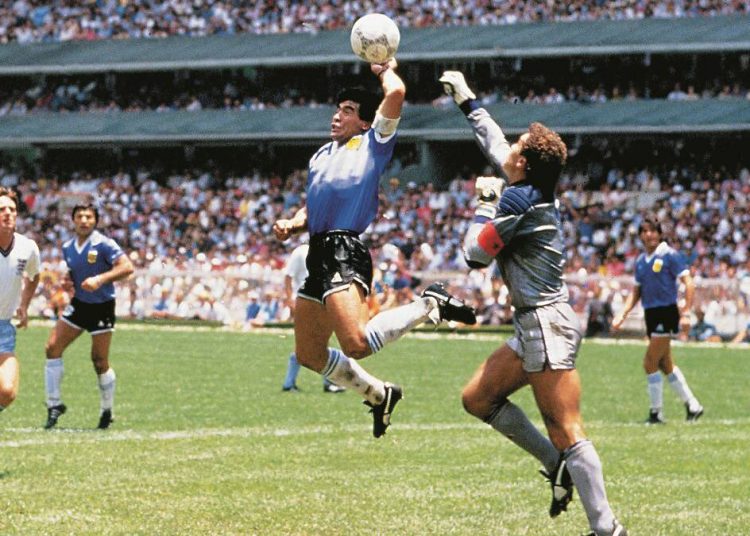 Fans and sympathisers have been mourning Argentina legend, Diego Maradona since his death was confirmed on Wednesday.

Maradona’s death from a reported heart attack sparked an outpouring of grief and tributes on social media.

While some eulogised the world cup winner, others posted pictures and video clips which captured some of the greatest moments of Maradona’s colourful career.

One moment has perhaps been shared more than most.

Playing England at the World Cup on June 22, 1986 in Mexico, Maradona scored twice; one of which is still regarded amongst the greatest World Cup goals. 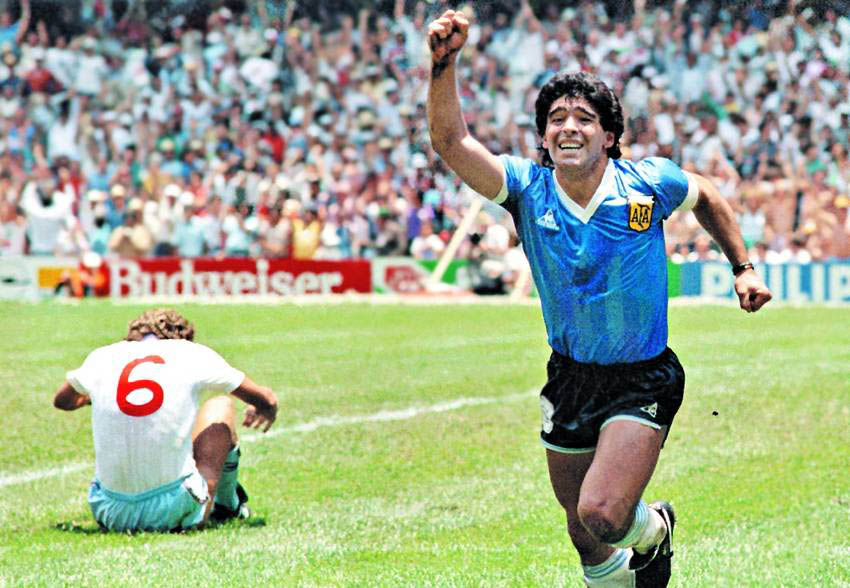 Prior to that goal, however, he scored another that has surpassed the first in infamy.

Pouncing on a looped back pass to England keeper Peter Shilton, Maradona flicked the ball home with his hand in what has become known as the “Hand of God.”

“It floated down to me like a little balloon. Oh boy, what a treat,” Maradona said about the moment in his autobiography

“Shilton thought I was going to hit him. But I jumped like a frog. If you look at my feet, you’ll see that I’m already in the air, moving upward. I keep moving up, and he hasn’t even left the ground. I got an idea, to put my hand and my head in.”

It’s a moment that everyone remembers Maradona for, even those not football-inclined.

The moment has been replicated in every form of media as has been one of the most talked-about memories after his death.

Take a look at that moment below:

Throwback to the 'Hand of God' goal by Maradona during the 1986 World Cup.

How the sporting world is mourning Diego Maradona