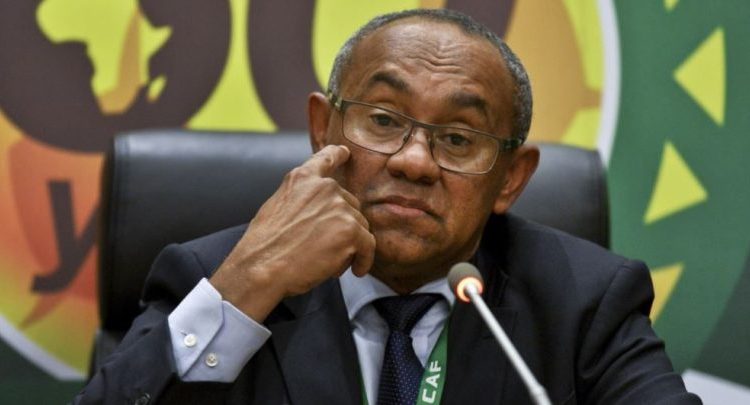 CAF President, Ahmad Ahmad has confirmed that he will appeal his five-year ban at the Court of Arbitration for Sport (CAS).

On Monday, World Football governing body, FIFA, announced that it had banned CAF President Ahmad Ahmad for financial misconduct and for breaching 4 acts of the FIFA code of conduct.

The 60-year old in a post on twitter said his ban is an indication that African football is under attack.

“I challenge the sanction that has been imposed. Beyond my case, it is the self-determination of football in Africa that is under attack.”

Ahmad, found guilty by FIFA of breaching his duty of loyalty, offering gifts and other benefits, mismanaging funds, in a press statement stated that the decision by FIFA to ban him, was not done in a ‘fair and impartial manner’.

The Malagasy is requesting CAS to stay the decision to ban him for five years “so as not to aggravate the prejudice he is suffering, and allow him to campaign for his re-election”, the statement said.

Ahmad Ahmad was set to seek re-election in next year’s CAF Presidential elections, but that bid now lies in tatters as he may be ruled ineligible due to the decision by FIFA.

In the statement released by his team, the FIFA Vice President also believes that, the decision was probably made in a haste in a bid to prevent him from being re-elected as CAF president in the 20201 elections.

The Confederation of African Football have announced that Mr. Constant Selemani Omari’s position as interim President of the association has been extended until a new President is elected.

Find the full statement below: 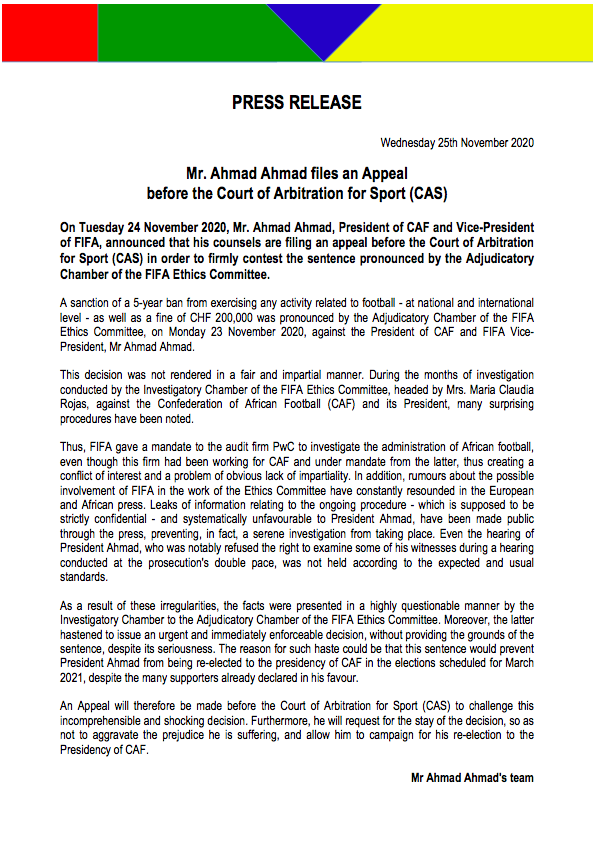 GPL: Aduana Stars vs Hearts game to be played on December 9