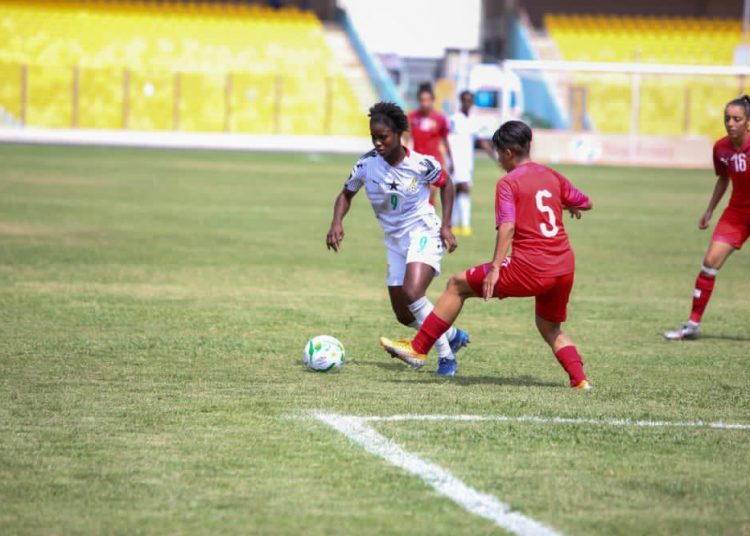 Ghana’s female U-20 team, the Black Princesses suffered a 1-0 defeat to Morocco in a friendly game played at the Accra Sports Stadium on Thursday morning.

The game was pretty much even in the first half, with both sides having opportunities to take the lead but it was Morocco who broke the deadlock in the 38th minute through Safa Banouk.

The Black Princesses began the second half the more threatening side but failed to convert their chances into goals.

Acting captain for the team, Abdulai Mukarama looked nothing like herself during the game and failed to make an impact for much of the 90 minutes.

The game serves as preparation for the Black Princesses ahead of their international assignments next year.

Later today, the senior women’s team, the Black Queens will also take on Morocco at the Accra Sports stadium in a friendly.