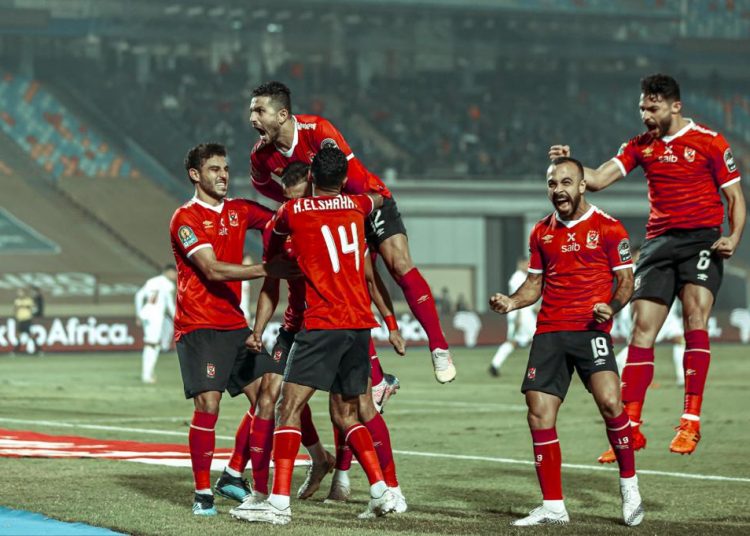 Pitso Mosimane’s Al Ahly were crowned 2019/20 Caf Champions League winners after securing a 2-1 win over Zamalek in the final at Cairo International Stadium on Friday night.

Mosimane was hoping to become the eighth coach to win more than one Caf Champions League title having clinched his maiden trophy during his time with Mamelodi Sundowns in 2016.

The South African tactician recalled Amr El Sulaya to the starting line-up after the influential midfielder was rested as the Red Devils defeated Abu Qair Semad 2-1 in the Egyptian Cup match last weekend.

Mahmoud Abdelrazek Hassan Fadlala, who was part of the last Zamalek team to win the Champions League title in 2002, started for the White Knights.

Better known as Shikabala, Fadlala was also a key member of the White Knights side which was defeated by Mosimane’s Sundowns in the 2016 final.

The Red Devils got off to a dream start as they grabbed an early goal through El Sulaya after the White Knights’ defence caught ball watching.

Ali Maaloul, who was also recalled to the starting line-up by Mosimane, delivered a well-taken corner-kick which was headed home by El Sulaya to make it 1-0 to Al Ahly in the fifth minute.

Zamalek looked to Shikabala for some inspiration and the veteran winger forced Al Ahly goalkeeper Mohamed El Shenawy into comfortable save as the White Knights looked to level matters.

Parity was restored in the 31st minute when Shikabala beat two defenders, before unleashing a powerful effort which beat El Shenawy to make it 1-1.

Both teams then launched attacks in search of more goals, but they could not find the back of the net and the score was 1-1 during the half-time break.

Zamalek continued to press Al Ahly after the restart with Ahmed Sayed Zizo hitting the woodwork and Mosimane decided to make a change in the 67th minute.

Geraldo, who is a winger by trade, replaced Nigeria international Junior Ajayi as the Red Devils looked to take control of the match and restore their lead.

The Red Devils then upped the tempo and they snatched a late winning goal when Magdi scored with a volley in the 86th minute to seal a 2-1 win over Zamalek on the night.

As a result, Al Ahly clinched a record-extending ninth Champions League title and their first since 2013, while Zamalek lost their second final since 2016.

Mosimane has joined Stefan Zwytoko, Boubacar Fofana, Mahmoud El-Gohary, Oscar Fullone, Céleste Tambwe Late, Mouine Chabaane and Manuel Jose as the only coaches who have won more than one Caf Champions League title since the inception of the competition in 1964.

He is also only the third coach to have won it with two different teams.