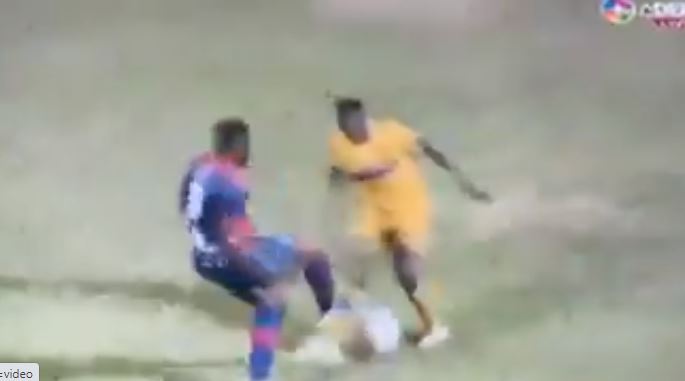 Former Black Stars captain, Asamoah Gyan announced his return to the Ghana Premier League in some style on Friday night.

Finally making his debut for Legon Cities FC against Medeama at the Accra Sports Stadium after missing the first two gameweeks due to injury, Gyan showed everyone he hasn’t lost a step.

Gyan started on the bench on Friday but was called upon in the 70th minute, with the game still tied at 0-0.

⏱️ 70'@ASAMOAH_GYAN3 comes on to make his debut for the Royals.

A few minutes later, he picked up the ball and was immediately confronted by a Medeama player but the forward calmly slipped the ball through the legs of his marker and continued his surge forward.

The move was cheered wildly by the few people who had made their way into the stadium, with the clip soon making its way onto social media, going viral in minutes.

The match ended goalless, with both sides still winless after three matches.

“We are hoping that we will win our next game and make the fans happy. They need the wins and I hope it’s just soon,” Gyan said after the match.

Take a look at Gyan’s brilliant move below: