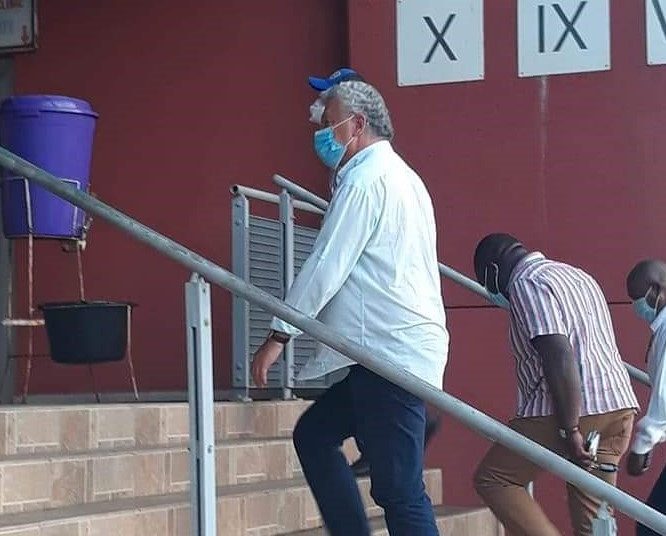 Serbian coach Kosta Papic has arrived in the country to take charge of Accra Hearts of Oak and was spotted at the stadium on Sunday night when the Phobians lost 1-0 to Inter Allies.

The gaffer who is coming for his second stint with the Ghanaian giants was spotted in the company of in-coming Hearts of Oak CEO Sowah Odotei ahead of the match at the Accra Stadium.

He is expected to fill the role of Technical Director, a position abandoned by Portuguese trainer The Phobians Carlos Manuel Vaz Pinto, who quit the job after just 8 days.

He has been unattached after his contract with the senior national team of eSwatini expired.

He is expected to provide some support to the technical team led by Coach Edward Nii Odoom and deputy Asare Bediako.