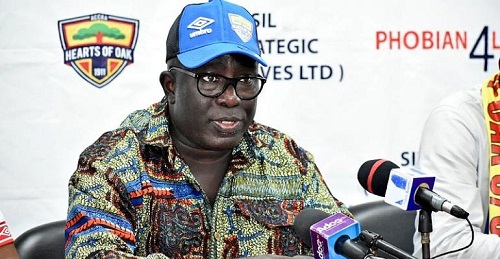 Frederick Moore has quit his role as Managing Director of Accra Hearts of Oak, Citi Sports can confirm.

It brings to an end his 1 and a half year association with the club, having joined them in March 2019, when he replaced American Mark Noonan.

According to sources, Moore, who had been on a sick leave for the past four weeks, felt sidelined, among other things, by the club’s decision to hire a new Technical Director without his knowledge.

Serbian trainer Kosta Papic has arrived in Ghana ahead of his expected return to the club as TD.

He was spotted at the Hearts of Oak vs Inter Allies game at the Accra Sports Stadium on Sunday, which the Phobians lost 1-0.