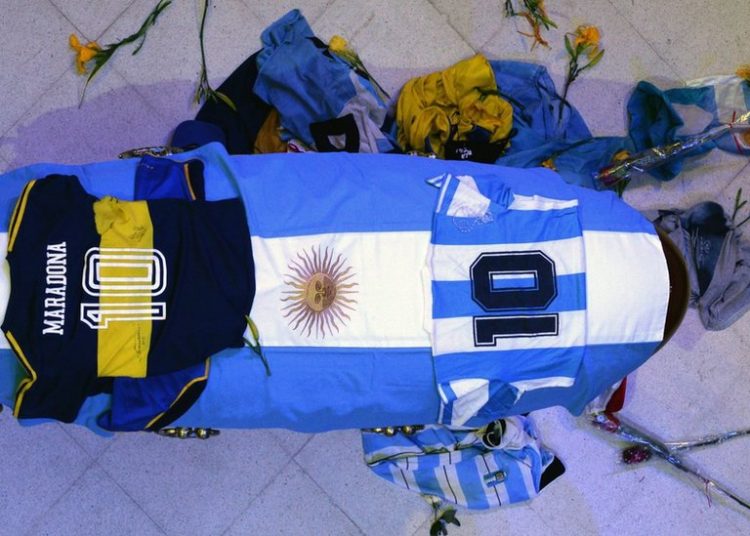 A funeral worker who took selfies with the body of Diego Maradona before his funeral has turned himself in to the police.

Maradona’s death after a cardiac arrest in his home in Buenos Aires sparked an outpouring of grief and tributes from all over the world.

This was soured a bit when photos of the Argentina legend’s body went viral of social media.

The three funeral attendants who took the photos were fired by the funeral home.

One of the men, Diego Molina has been threatened with legal action by Maradona’s lawyer, who posted the former’s picture on social media.

“For the sake of my friend’s memory, I will not rest until he pays for this outrage.” 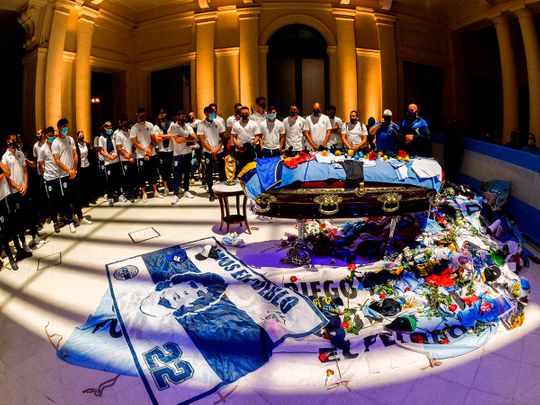 Molina turned himself in after being hunted down by Maradona’s fans and sent death threats.

The other two, Claudio Fernandez, and his son Ismael, have since begged for forgiveness on Argentinian radio.

“We were getting ready to take Diego to the wake and my son, being a typical youngster, made the thumbs-up sign and had his photo taken,” Claudio explained.

“I ask for everyone’s forgiveness. I’ve worked for Maradona’s father and his brother-in-law. I’ve been close to Diego while he was alive. I would never have disrespected him while he was alive because he was my idol and it was not my intention after he died.

“I know a lot of people have been very offended and have taken it badly. I know it upset them. I ask all of them to forgive us.