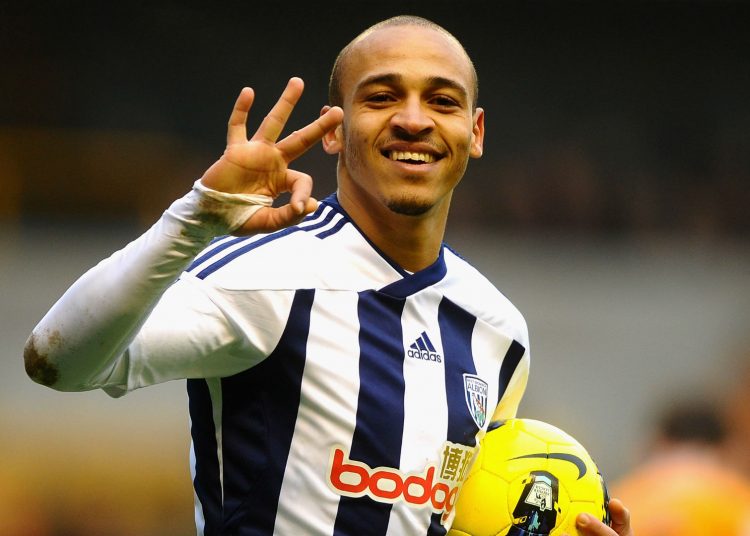 Osaze Odemwingie has launched a scathing attack on Amara, wife of former international teammate and Super Eagles legend Kanu Nwankwo, describing her as a “Delilah” and insinuating she had immoral designs in a shocking, rambling post on Instagram on Tuesday.

The former West Brom player also took aim at Kanu’s young son, whom he incredibly accused of being a ” fake Christian” for posing with hand symbols which he claimed were satanic on the basis of deranged conspiracy theories linking the signs to the Illuminati and ‘Baphomet’.

In a long rambling post, Odemwingie revealed that the wife of his former teammate has been relentlessly “chasing” him in his DM, but he has refused to respond because, according to him, it is culturally unacceptable to communicate with another man’s wife in secret.

“The reason why Nigeria is in this state. Too many want to be like America. God turned his back at America as things stand.

Destruction is upon her. How can a wife of a legend like @kingkanu4 be chasing me for a chat relentlessly ( check ur DM check your DM ) na by force? @amarakanu,” Osaze wrote in a now-deleted post to his nearly 70 thousand followers on Instagram.

“Your husband has my number and it’s not in our culture to msg another man without asking your husband. Moreover, you are wearing an Arsenal kit, and he can ask them for advice about knee surgery because he also suffered from similar issues.

“Your son can’t have a cross on his neck and make those hand signs. That’s fake Christianity if you didn’t know OK. Our people selling their own to conform to African American.

“Those there have been modified by Hollywood and are no more Africans. They don’t even want to associate with Africa with their billions in accounts. How many of them visited Africa in the last 50 years? Shouldn’t an NBA all-star match take place in Nigeria at least once? Shouldn’t they be interested to know where their ancestors came from? Set your own trend Naija u r more special than

“America. #prayfornigeria #naija #nigeria @amarakanu why why why Amara ( Delilah). We love our strong man Papilo. Wash your hands well oh. And most importantly your hearts as I am preaching to many now. Nigeria ?? Is more precious to God than America ??”

In another post, Odemwingie wrote: “@amarakanu If your hello can’t be public it’s probably not just a hello. Mine is #nigeria #naija LUKE 10:19.”

It is not exactly clear why the 39-year-old Odemwingie chose Instagram to communicate with Kanu’s wife, but she responded by leaving a comment under his post with many Nigerians also slamming the former footballer for his post.

“@odemwingie_81 oh no no-no. Kindly take this post down. @kingkanu4 is fully aware of this. We want to talk to you as a family.”

The strange and troubling exchange is yet another in a long list of embarrassing incidents in the life of Odemwingie who is no stranger to controversy having had a number of incidents as a player.

He regularly fell out with Nigerian football authorities and was stopped for playing for the Super Eagles for years before being recalled in 2014 by Stephen Keshi for the World Cup in Brazil.

More famously, he once drove himself to QPR on transfer deadline day in January 2013 as he attempted to force through a move from West Brom and took shots at the club on Twitter when the move fell through before apologizing publicly.