CAFCL: FC Nouadibhou arrive in Ghana ahead of Kotoko clash 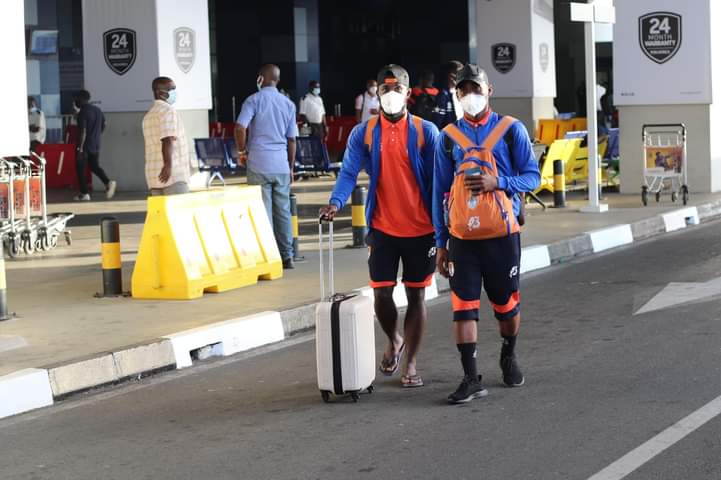 FC Nouadhibou have touched down in Accra ahead of their return encounter of the preliminary round of the CAF Champions League.

The Mauritanian giants landed at the Kotoko International Airport on Thursday evening ahead of the crunch clash against Asante Kotoko on Saturday.

FC Noudhibou, who moved to their Accra City Hotel base shortly after arriving in the West African country, will hold their first training session at the Accra Sports Stadium on Friday.

Both sides will be gunning to punch their tickets to the next stage of the qualifying round when they square off in the return encounter on Saturday.

In the first leg, Kotoko opened the scoring Osman Ibrahim before the Northwest African nation side rallied back to pick a draw courtesy Hemeya Tanjy’s penalty.

Playing Behind Closed Doors: Gov’t to support each GPL club with Gh¢100,000