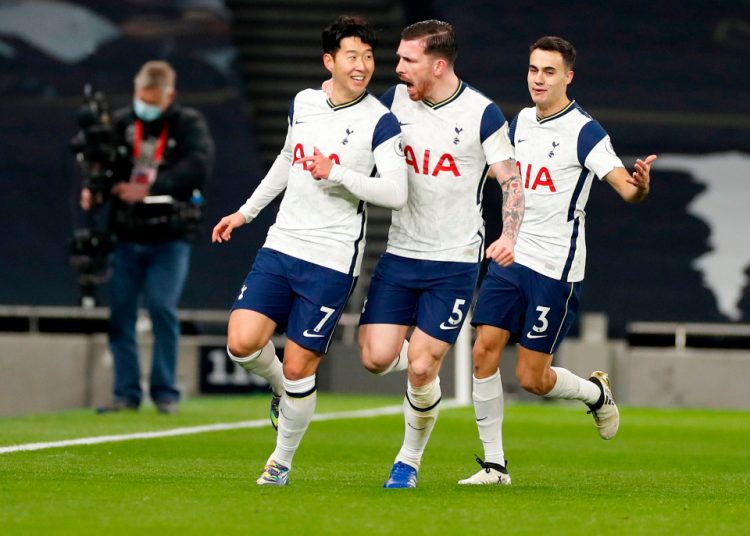 The odds were very much against Arsenal ahead of their trip to Tottenham but a chaotic passage of play in the 2-0 win for Spurs perfectly summed up where both north London sides are at.

Harry Kane doubled Tottenham’s advantage, making him the all-time top scorer in north London derbies as he slammed the ball in off the bar.

But Kane and co. were massively helped out thanks to some bizarre decision-making by Thomas Partey, who hobbled off the pitch while play was still going on.

Arsenal were on the attack at that point but after it fizzled out, they were left hugely exposed on the counter.

Mikel Arteta even PUSHED Partey back onto the field of play to try and stop Spurs adding to their lead but it was too late as Kane beat Bernd Leno.

The first goal also came on the counter with Heung-min Son brilliantly curling the ball into the top corner as Spurs regained their place at the top of the Premier League.

Arsenal improved after the break with Dani Ceballos getting them on the ball more but they didn’t stretch Jose Mourinho’s men, who happily sat back to hold onto their lead, too much.

But there will be an almighty inquest by Arteta at how Tottenham’s second goal happened so easily.

After the Spurs defenders broke up the Gunners attack, Giovani Lo Celso found himself in oceans of space as he took the ball forward.

He played it out to Son on the left before he found Kane, who’s rasping left-footed strike crashed in.

In the meantime, Partey was ushered onto the pitch by Arteta to try and stop the attack developing but the Ghanaian appeared to give up hope halfway through.