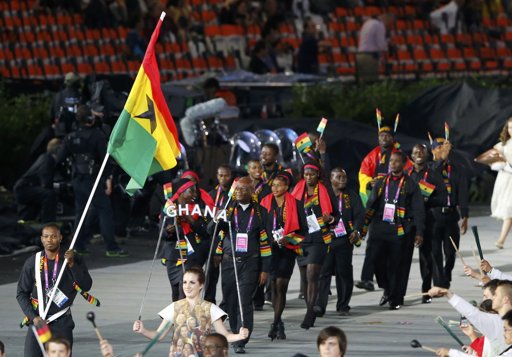 The National Democratic Congress is promising $50,000 to each sports federation in Ghana to help them through the qualifiers for the rescheduled Tokyo 2020 Olympics.

The Olympic Games, originally scheduled for this year, has been moved to August 2021, with more than 40% of qualifying events still outstanding.

So far, Ghana has qualified just four athletes to the competition, with less than 7 months to the multisport games.

According to the Ranking Member for Youth and Sports in Parliament, Kobena Woyome, the NDC will give each federation financial assistance to ensure many more athletes qualify for the event.

“In addition to paying GHC1,500.00 each to all registered players in Ghana, the next NDC under John Mahama’s presidency will support all federations and associations with funds to go through their Tokyo Olympic games qualifiers,” Woyome said in a statement.

Read the rest of his statement below:

And still maintaining that football is the number one sporting discipline in Ghana and the passion of the nation will receive its fair share of Government support.

Other federations and associations who are not part of the Olympic qualifiers but have their international championships next year will be given $10,000.00 for such championships.
The next NDC GOVERNMENT will not discriminate against any sporting discipline be it football, athletics, boxing, volleyball or basketball and every national team will receive its fair share of NDC government financial support.

Football clubs on continental assignment will also be given $50,000 for preparations

It is the responsibility of the government to prepare national teams to go and represent the nation at all international championships and games.

The next NDC government under JM will not renege on its responsibility to fund the national teams representing the state including football.

The next NDC government is committed in developing sports holistically through the creation of SPORTS FUND in its 2020 people manifesto. Under the next NDC government, JM is determined to move sports and sports men and women to a new level and to appreciate their effort by representing the country at such championships and games.
The para sports and para athletes will also be catered for in this package.   The next NDC government will work closely with the national Paralympic committee to appropriately fund the para athletes going to their Olympic qualifiers and actually participate in the games in Tokyo.