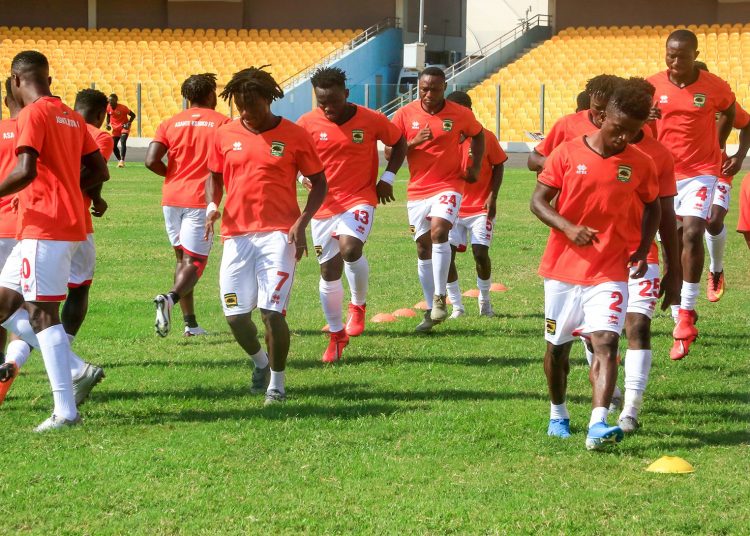 The CAF Champions League preliminary round second leg between Kumasi Asante Kotoko and FC  Nouadhibou has been rescheduled for 15:00GMT on December 6, 2020 at the Accra Sports Stadium.

However, this new development conflicts with Accra Great Olympics’ clash with Ebusua Dwarfs which is scheduled for the same venue at the same time, forcing the Ghana Football Association to postpone the Ghana Premier League fixture.

The reverse leg was initially slated for December 5, 2020 but the game was abandoned after news emerged that some players of FC Nouadhibou had tested positive for COVID-19.

This information caused a long delay to kick off before the game was subsequently called off.

Kumasi Asante Kotoko will be hoping to advance to the next stage of the qualifiers after playing out a 1-1 draw at Mauritania.

The winner of this encounter will face Al-Hilal of Sudan or Ugandan side, FC Vipers. 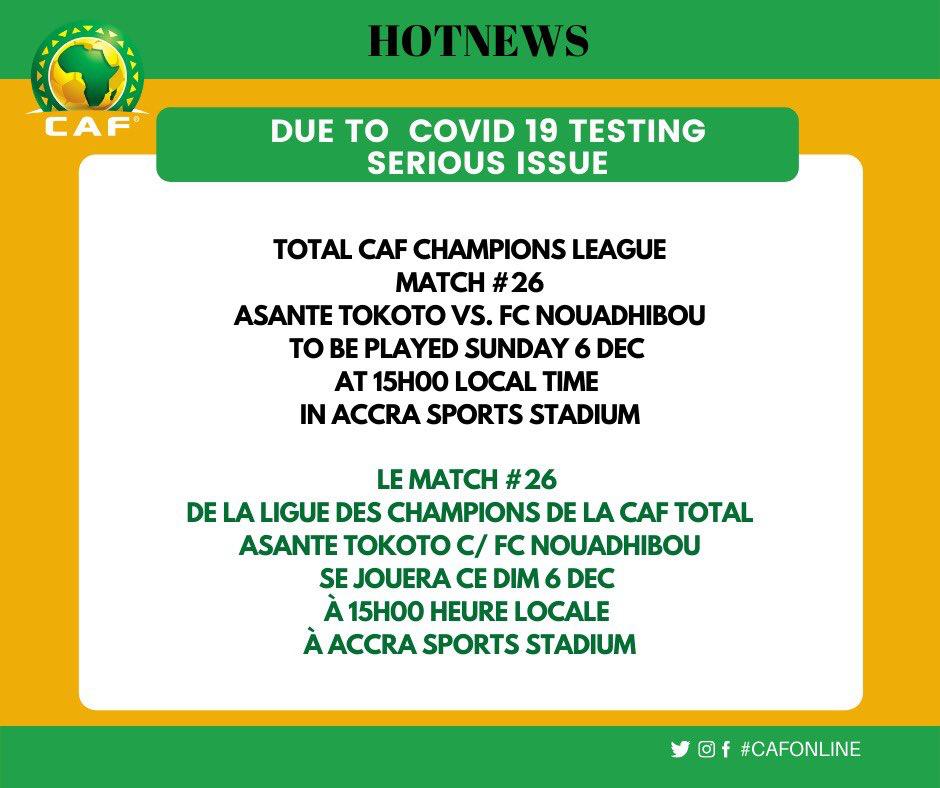