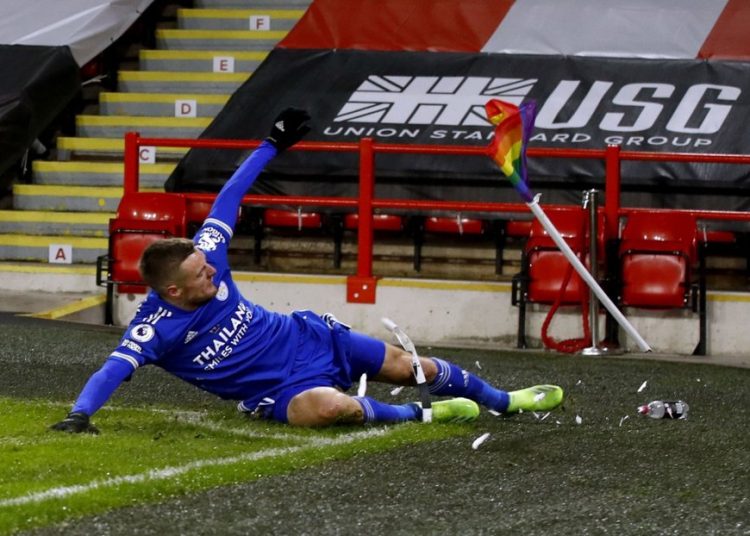 Vardy was responding to teammate Wilfred Ndidi’s comment about him breaking a corner flag during celebrations after scoring against Sheffield United in their 2-1 win.

Kelechi Iheanacho had shared a photo on Instagram and asked Ndidi what he was looking at. 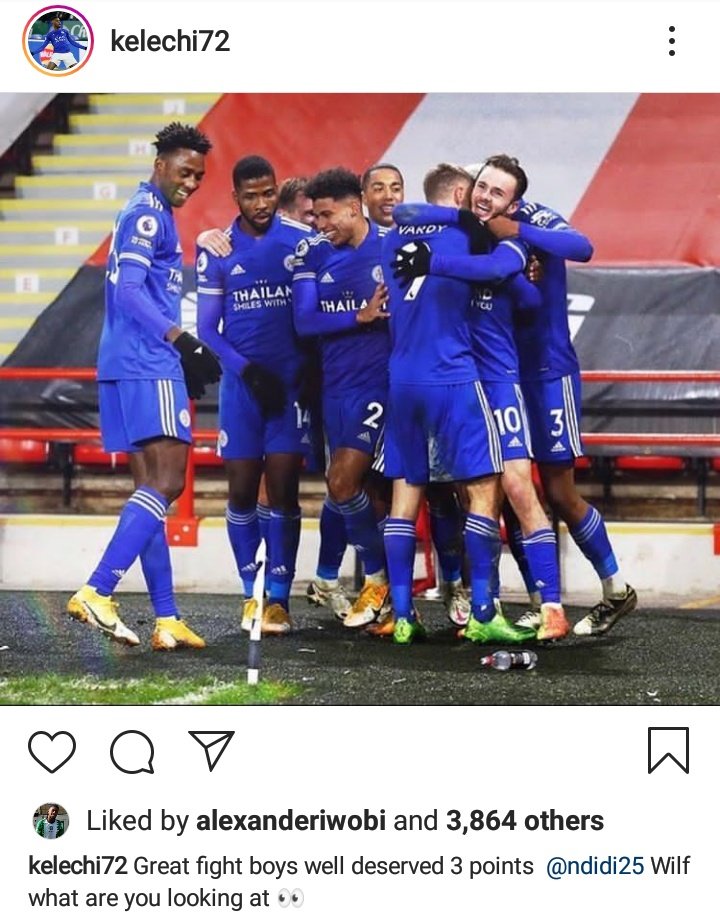 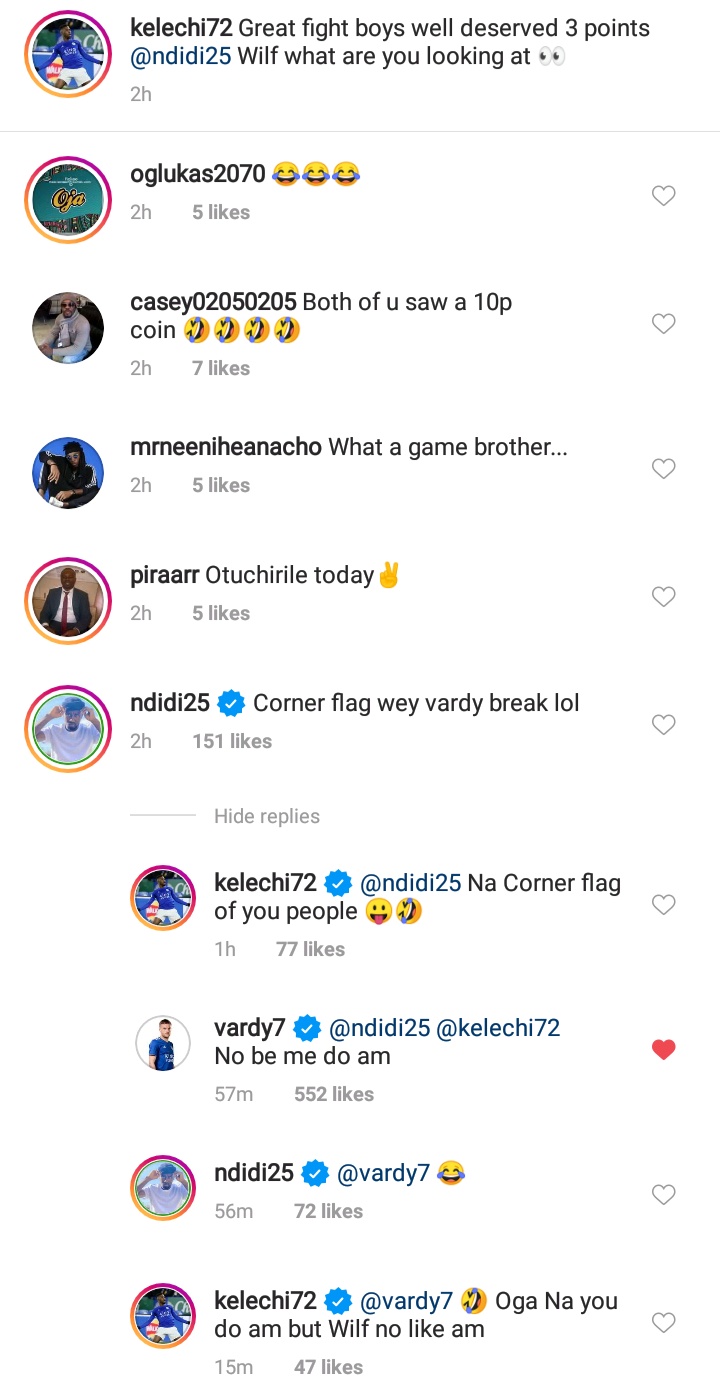 Vardy scored Leicester City’s winning goal against Sheffield United and snapped the flag getting a yellow card for it.

Nigerians online were excited by his playful denial in Pidgin.

“Kelechi and Ndidi don inject am with pidgin,” said Biyi the Plug.