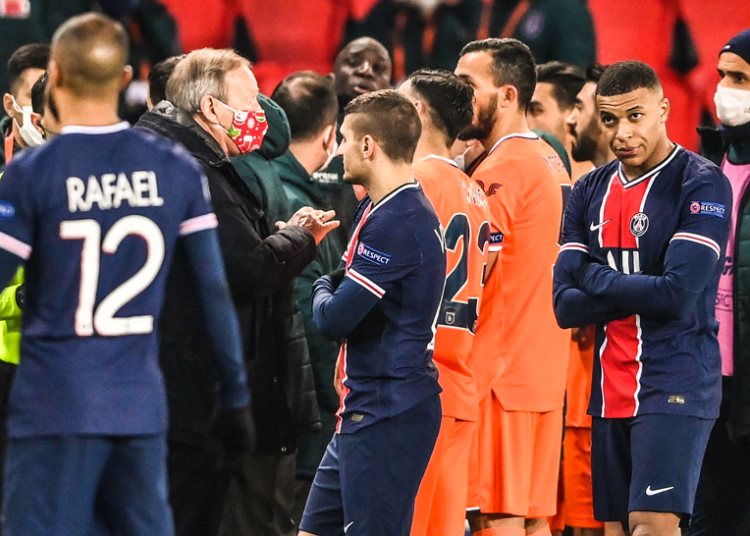 Paris Saint-Germain’s Champions League Group H clash with Istanbul Basaksehir was paused after the 22nd minute when both sets of players walked off of the Parc des Princes pitch following an incident involving the refereeing team and the Turkish side’s staff.

Massive respect to Demba Ba and both teams for walking of the match.
We are with you in this fight against racism.pic.twitter.com/Yooyzol7OQ

Basaksehir assistant Pierre Webo was shown a red card and an incident then took place between the former Cameroon international and Romanian fourth official Constantin Coltescu that the Turkish Superleague outfit has called racist.

After lengthy discussions, the Basaksehir players walked off and the PSG players followed suit in an unprecedented show of solidarity at the Champions League level. Basaksehir published the following tweet, which was later retweeted by PSG:

✊🏻✊🏿 NO TO RACISM | #Respect pic.twitter.com/Ic1BzfANoi

Basaksehir player Demba Ba was seen angrily confronting the official in question before the players returned to the changing rooms in the French capital.

“You never say ‘this white guy,’ you say ‘this guy,'” Ba said on the pitch in protest when referring to a white person. “Why when you mention a black guy, you have to say ‘this black guy’?”