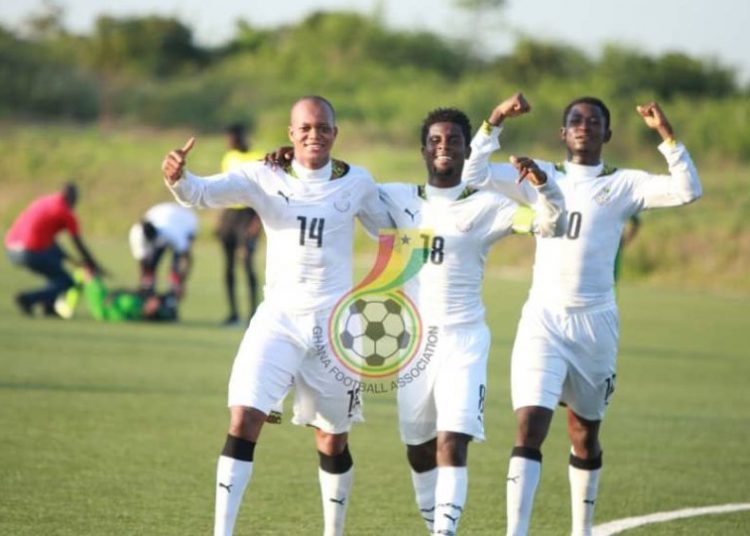 Ghana’s Black Satellites have booked their spot in the semi-final of the WAFU U-20 championship following a 1-0 victory over rivals Nigeria.

Precious Noah’s freekick from the edge of the box sealed the win for the Satellites with ten minutes left in the game.

Ghana came close to scoring the opener halfway through the first half when Dreams FC midfielder Mohammed Sulleyman’s feeble effort was grabbed by the Nigeria goalkeeper.

Captain Daniel Afriyie who looked totally out of the game had opportunities in the game which he failed to convert.

In the second half, the Nigerians piled pressure on Ghana but some brilliant defending from the team kept them at bay.

Goalkeeper Ibrahim Dan Lad was also up to the task and made some important saves to keep Ghana in the game.

Coach Karim Zito replaced Daniel Barnieh in the second half with Eleven Wonders forward Abdul Mugeez who came on to make a difference.

Mugeez should have scored when he had two good opportunities but it was his dribbles that caused the Nigerians troubles.

He was brought down in one of those moments of trickery which resulted in a free kick that was scored by Precious Boah.

Ghana will next play Ivory Coast next in the Semi-finals.