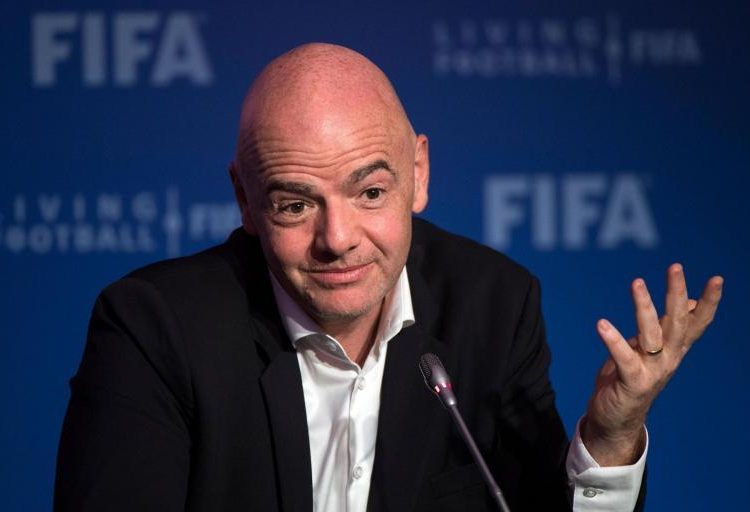 A Swiss special prosecutor has called for a criminal investigation to be opened over the use of a private jet by FIFA president Gianni Infantino in 2017.

Stefan Keller said his enquiries had found that there were “clear signs of criminally reprehensible behaviour” in relation to the flight from Suriname to Geneva.

A press statement on his website said he had passed the case on to the Swiss federal prosecutor’s office.

FIFA’s ethics committee said in August that it was closing its investigation into the matter due to “the evident lack of a prima facie case regarding any alleged breach of the FIFA code of ethics”.

Keller passed the case concerning the flight on because his mandate is to look at meetings between Infantino and Switzerland’s former attorney general Michael Lauber.

Criminal proceedings were opened against Infantino in relation to those meetings on July 30 of this year after Keller concluded there were “indications of criminal conduct”.

Infantino and FIFA dismissed any suggestion of wrongdoing in relation to his meetings with Lauber, saying he had met prosecutors all around the world in relation to ongoing criminal cases in which FIFA was assigned victim status in
regard to alleged corrupt activity at the world governing body prior to his election as president in 2016.

Speaking in early August, FIFA’s deputy general secretary Alasdair Bell said: “There is something a little bit grotesque and unfair about all this because we are 100 per cent confident that there will never be a criminal charge, far less
a criminal conviction against the FIFA president.

“But we have a situation, and we have to acknowledge this, where objectively there is damage to both FIFA and to the FIFA president simply because of the existence of this criminal investigation and we think that’s not right.”

FIFA has been contacted for comment concerning Keller’s statement on Thursday.