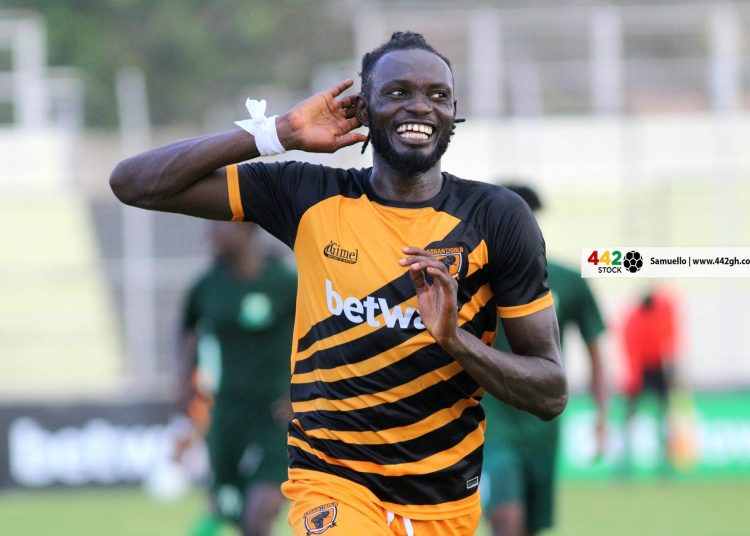 Karela United beat King Faisal 2-0 at home to keep their place at the top of the Ghana Premier League on Sunday.

Diawusie Taylor put Karela ahead in the first half with his third goal of the season before substitute Kwame Boateng sealed the three points with 12 minutes to play, after Taylor had missed an earlier chance to grab his double from the spot.

The win keeps Karela a point clear of WAFA, who also picked up an impressive 2-0 win at home to Berekum Chelsea.

Goals in either half from Augustine Boakye and Daniel Lomotey Agbloe gave the home side the victory which keeps them within striking distance of the top spot.

Liberty Professionals picked up their first win of the season on Sunday, beating Accra Great Olympics 2-0.

Simon Appiah Asamoah’s brace was enough to hand the Scientific Soccer lads the morale-boosting win, which takes them into fourth place.

Aduana Stars, however, are still searching for their first victory of the campaign after a 1-1 draw at home to Techiman Eleven Wonders.

Eleven Wonders took a first half lead courtesy of Samuel Boakye’s strike but Yahaya Mohammed levelled for the home side after the break.

The weekend’s most exciting match was at Obuasi where Ashgold came from behind to beat Elmina Sharks 4-2.

Benjamin Bernard Boateng had given the visitors a very early lead after a mistake from Ashgold’s goalkeeper but they were pegged back after the break from Appiah McCarthy’s free-kick.

Dacosta Boadu scored twice for Ashgold before Benjamin Tweneboah ensured a nervy last few minutes with a second for Sharks.

David Abagna then made sure of the points for Ashgold who move up into seventh place with their first win of the season while Sharks first loss of the season see them lose some ground to the teams above them.

A goal from Kojo Obeng Jr and a Mechelle Sarpong brace gave Accra Hearts of Oak a dominant 3-0 win over Dreams FC at the Accra Sports Stadium in the final match on Sunday.

The win takes Hearts out of the drop zone and above rivals Kumasi Asante Kotoko.

Kotoko moved up to five points with two games in hand after their 1-0 win over Legon Cities FC on Friday. Ibrahim Osman scored the only goal of the game in the 10th minute.

Bechem United rose to third with a 2-1 win over Inter Allies on Saturday. Salifu Moro put United ahead early in the second half from the penalty spot but Allies levelled after Paul Abanga also converted a penalty.

Hafiz Wontah Konkoni then scored the winner for Bechem with seven minutes to play.

Substitute Agyenim Boateng struck late to hand Medeama their first win of the season at the Cape Coast Stadium against Ebusua Dwarfs on Saturday.

The win takes Medeama up to 10th while Dwarfs are 15th on the table.

Champions League: Barcelona vs PSG headlines round of 16 draw

Champions League: Barcelona vs PSG headlines round of 16 draw