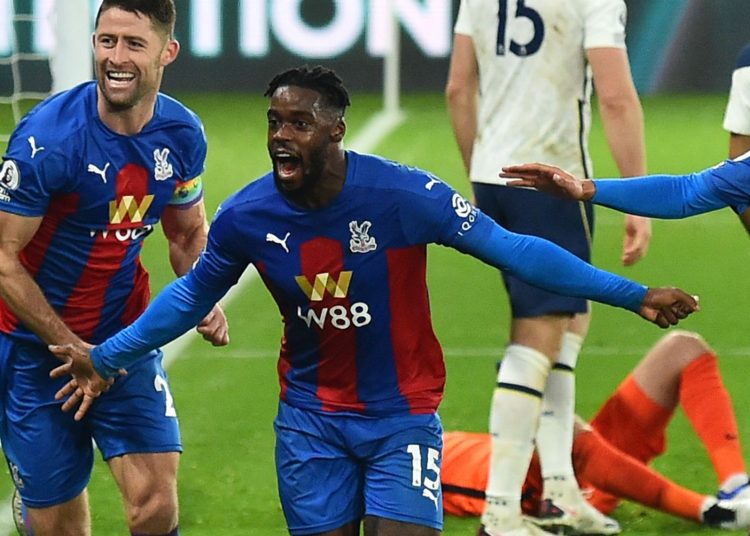 Jeffrey Schlupp struck late to earn Crystal Palace a hard-fought 1-1 draw against Tottenham as the points were shared in the rain at Selhurst Park on Super Sunday.

Harry Kane’s ninth Premier League goal of the season gave visitors the lead midway through the first half (22), with Vicente Guaita beaten from 25 yards out by the striker’s swirling effort.

But Spurs seemed content to sit on their slender lead, and Palace deservedly equalised through Schlupp after Hugo Lloris spilled Ebere Eze’s free-kick (81).

Guaita made a superb one-handed save to deny Eric Dier’s free-kick in stoppage time as Palace moved above Newcastle and Wolves into 11th place leaving the door open for Liverpool to overtake Jose Mourinho’s side at the summit when they face Fulham later on Sunday.
Source: Sky Sports
Tags: Crystal PalaceJeffrey SchluppTottenham Hotpsur
Previous Post